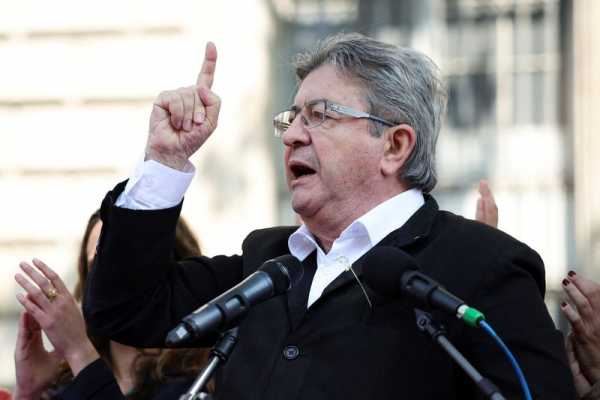 Macron was re-elected for a second term last month, but he needs support from a majority of lawmakers to push through a pro-business and pro-EU legislative agenda that also includes a plan to increase the retirement age.

Early polls for the June 12-19 elections suggest he could achieve that, but opposition parties on the left and right are negotiating tie-ups in the hope of controlling parliament and thereby blocking Macron’s reforms.

Melenchon, who heads the hard-left France Insoumise (LFI, France Unbowed) party and almost pipped far-right leader Marine Le Pen to contest the presidential runoff against Macron, is pressing for an unprecedented alliance with the Greens, the Communists and the Socialists.

The Greens and LFI hailed Monday’s deal as a “historic moment” and said agreements with other parties of the left would follow. The Communist party could join them imminently, its presidential candidate, Fabien Roussel, said.

A Harris Interactive poll from April 24-25 showed a united left garnering 33% of the legislative vote, the same as an alliance of Macron’s party and the conservatives, though under the two-round system that could well translate into a majority of seats for the president.

The same poll put the far right on 31%, though at that end of the political spectrum, moves to build an alliance are less clear-cut, with members of the conservatives torn between wanting to join Macron’s coalition, remain independent or gravitating towards Le Pen, who shares Melenchon’s euroscepticism.

Adding the Socialist party, the former dominant force on the left, to his alliance also appears tricky, however.

Negotiations between them and the LFI were briefly suspended last week, with their respective stances on the EU a major sticking point.

In Melenchon’s deal with the Greens, the two parties said that, even if they agreed France should not exit the EU or abandon the euro, they were “ready to disobey European rules”, including on budgets and competition issues.

Socialist party head Olivier Faure baulked at the idea. “We’re not Frexiters,” he said on Sunday. He did however agree that some EU some free-market policies needed reforming, and he and Melenchon were seen hugging during May Day demonstrations.

Melenchon served as a Socialist minister in the early 2000s but broke from the party in 2008 after failing to dilute its pro-EU stance. He also wants France to leave NATO.

His deal with the Greens includes plans to lower the retirement age to 60, raise the minimum wage and cap prices on essential products.

Suggesting Macron’s allies were taking the threat from the left seriously, his lieutenants went on the attack on Monday.

“Selling yourself to France Insoumise, a europhobic and nationalist party, in exchange for a few constituencies says it all about the ideological collapse of the Greens,” Pieyre-Alexandre Anglade, a lawmaker in Macron’s party, tweeted.