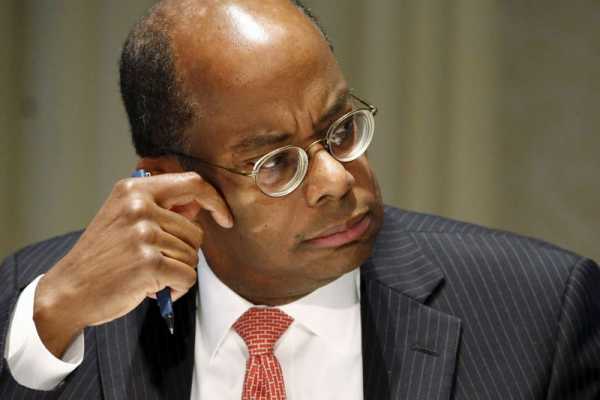 (Reuters) -A month after announcing the appointment of former TIAA chief Roger Ferguson as its vice-chairman, Apollo Global Management said on Monday that commitments to his prior employer prevented him from joining the firm.

The private-equity firm had announced Ferguson’s appointment in October, less than six months after he left his position at asset manager Teachers Insurance and Annuity Association of America (TIAA) in May.

Apollo, however, said Ferguson would not be taking up the new job.

“Roger recently informed us that he has certain ongoing commitments with his prior employer and they are preventing him from working with us at this time,” a spokesperson for Apollo said in statement.

“We think very highly of Roger and wish him all the best.”

The reversal comes as Apollo has been making high-profile hires to shore up its corporate governance since the departure of co-founder and former chief executive Leon Black after an investigation of his ties to late financier and convicted sex offender Jeffrey Epstein.

Apollo had named Jay Clayton, a former chairman of the Securities and Exchange Commission, as its chairman in March.

Ferguson, 70, served as Federal Reserve vice chairman between 1999 and 2006, prior to joining TIAA. He sits on the boards of several corporate and non-profit organizations.