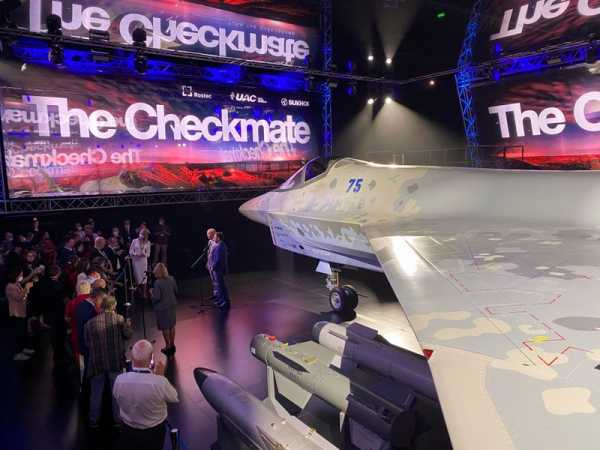 It was the first time the Sukhoi Su-75 Checkmate, unveiled in July, had been shown outside Russia, and according to the Russian state news agency it was visited by an Emirati delegation.

The Russian presentation pitched the Checkmate, which was inspected by Vladimir Putin during its July unveiling, as a cost-efficient fighter jet that can fly at speeds of Mach 1.8 and a range of 2,800-2,900 kilometres.

The Checkmate, due to take its maiden test flight in 2023 and to start production by 2026, has yet seal an order. The Lockheed Martin F-35 entered into service in 2015 with the U.S. Marine Corps.

Western diplomats doubt U.S.-allied Gulf states would buy sophisticated equipment like the Checkmate, though sales of Russian hardware to the Gulf have increased in recent years.

The UAE in 2017 signed a preliminary deal to buy Sukhoi Su-35 warplanes and jointly work with Russia on a next generation fighter but so far it appears not to have made progress.

“The UAE likes the idea of cultivating ties with the Russian defence industry but it’s mainly a way to send a message to the U.S.,” said Jean-Loup Samaan, senior research fellow with the Middle East Institute at the National University of Singapore.

Washington’s sale of 50 F-35 Lighting II warplanes to the UAE has slowed amid concerns about the UAE’s relationship with China, including the prevalence of Huawei 5G technology in the country.

The U.S. agreed to sell the plane after the UAE last year established ties with Israel.

Was Glasgow pact a win for climate? Time will tell