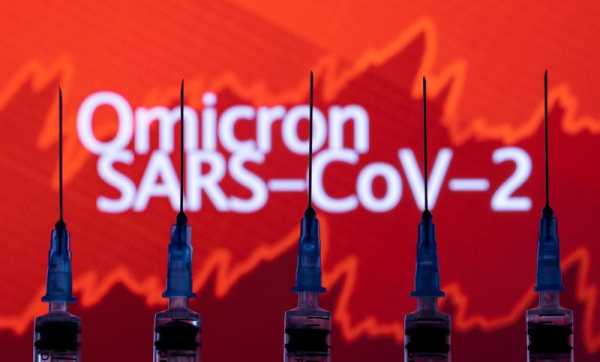 U.S. Treasury yields rose, supporting the dollar after U.S. Fed chair Jerome Powell overnight came close to indicating the Fed will speed up the pace of its asset purchases at its meeting later this month.

“At present the market focus has been on Omicron and the potential that that can disrupt the world, but the real focus should be on the Fed and the rate policy. That’s the biggest shock to come out of the last day or so,” said Kerry Craig global market strategist at JPMorgan Asset Management.

MSCI’s broadest index of Asia-Pacific shares outside Japan rose 0.6%, as traders felt Tuesday’s declines, which sent the benchmark to its lowest since November 2020, had gone a little far. Gains were largely shared across the region.

Powell said U.S. central bankers in December will discuss whether to end their bond purchases a few months earlier than had been anticipated, pointing to a strong economy, stalled workforce growth, and high inflation that is expected to last into mid-2022.

That pushed U.S. Treasury yields higher, especially at the short end of the curve. The yield on two-year notes, which reflects short-term interest rate expectations, last stood at 0.6025%. That was up from as low as 0.4410% on Tuesday, when traders were speculating the new variant could lead to a more dovish Fed.

Rising yields caused the dollar to steady against most peers and gain ground on the Japanese currency, rising to 113.4 yen. [FRX]

The potential for the Omicron variant to slow the pace of Fed tapering had been limiting the dollar’s safe haven status in the days since news of the new strain emerged last Friday.

The Australian dollar languished near a one-year low at $0.7138 as the stronger dollar meant it sat out gains by other typically risk-friendly assets like Asian equities.

Oil reacted more strongly and prices regained some ground after steep falls in the previous session, ahead of a meeting by the Organization of the Petroleum Exporting Countries (OPEC). [O/R]

However, there is still much uncertainty about the COVID outlook and governments, scientists and investors are trying to determine how much protection current vaccines would offer against Omicron.

Gold, despite all the excitement, saw little safe haven demand with the spot price at $1,776 an ounce, up 0.16% and largely within its recent range.