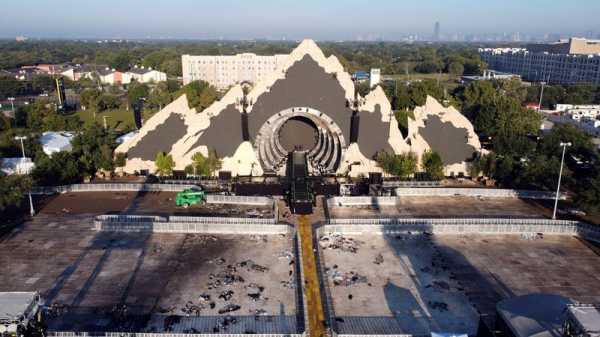 (Reuters) -Attorneys representing more than 200 people who claim to have been injured in last week’s Astroworld Festival stampede that killed nine people in Houston said on Friday that they will file 90 lawsuits.

“We represent more than 200 victims who were injured mentally, physically and psychologically at the Astroworld festival,” Attorney Ben Crump announced at a news conference in Houston.

The latest victim of the stampede to succumb was a 22-year-old Texas college student, who died late on Wednesday.

A stampede of fans during rap star Travis Scott’s Astroworld Festival last Friday killed nine people between the ages of 14 and 27 and injured scores. A 9-year-old boy remains hospitalized in critical condition, police have said.

Ukraine says it sends officers to Polish border to share intel on ...