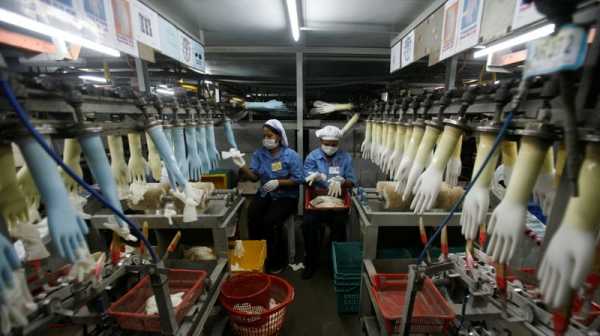 KUALA LUMPUR (Reuters) – Canada has paused imports from Malaysian glove maker Supermax Corp as it awaits the results of an audit, weeks after the United States barred the firm over allegations the company uses forced labour.

Malaysian factories making everything from medical gloves to palm oil have increasingly come under scrutiny over allegations they abuse foreign workers, who form a significant part of the manufacturing workforce.

“In light of the current situation, Canada has engaged with the company to seek assurances that Supermax Corp is not engaging in forced labour practices,” the department said in a statement.

Supermax did not immediately respond to a request for comment.

The U.S. Customs and Border Protection issued a “Withhold Release Order” on Oct 21 that prohibits imports from Supermax based on reasonable information that indicates the use of forced labour in its manufacturing operations.

Supermax has said it was in contact with the U.S. agency to obtain more clarity and that it had commissioned an independent consulting firm to conduct an audit into the status of foreign workers at its factories.

Canada said it will determine its next steps after reviewing the report from Supermax’s Canadian unit.

“The Government of Canada is committed to ensuring that it does not do business with companies that employ unethical practices, either directly or within their supply chains,” it added.