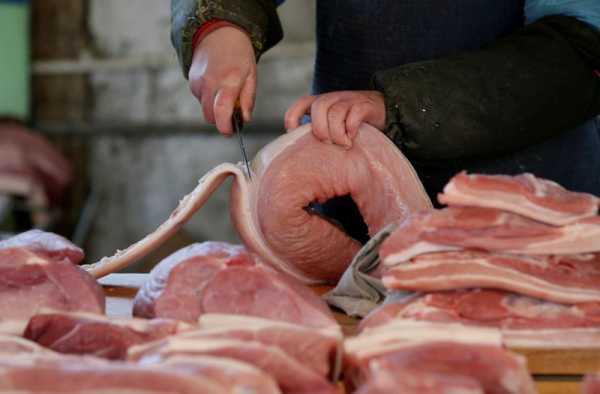 BEIJING (Reuters) – China’s meat imports in October fell from a year ago to their lowest in 20 months, customs data showed on Sunday, as cheap domestic pork cut demand for overseas supplies.

China brought in 664,000 tonnes of meat in October, down 12.8% from the same month a year ago, according to the General Administration of Customs, the lowest since February 2020.

October imports were also down from the 694,000 tonnes brought in during September.

The largest share of China’s meat imports is pork, but domestic prices have plunged this year, after a surge in production following the devastating African swine fever epidemic outpaced demand.

Though pork prices rallied in October as colder weather boosted consumption, they are still less than half of what they were at the start of the year, or about 21 yuan ($3.28) per kg at wholesale markets.

Beijing has urged farmers to get rid of some sows and not rush to expand based on the recent rally, with excess production set to continue into next year.