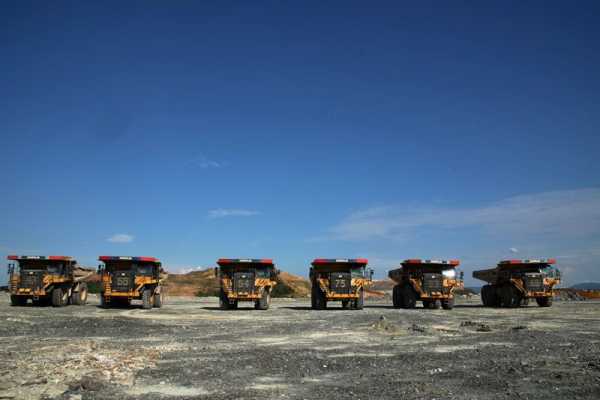 A parliamentary mission found four people, including one soldier, were shot dead and 14 others wounded during a demonstration in Durba town, in Congo’s northeast, on Oct. 22. At least one police station was reportedly destroyed.

During the 2012-2013 construction of the mine, Kibali resettled and gave compensation to around 17,000 people living on its concession, which the company refers to as an exclusion zone, according to company records.

The report recommended Kibali “secure its mining perimeters in general, and its exclusion zone in particular, by visible and appropriate means to prevent the population from settling there,” as well as provide humanitarian assistance to populations in distress.

The report also said local authorities failed to properly communicate October’s eviction to one of the two settlements affected, and that state security employed a disproportionate use of force against the demonstrators, causing the loss of life.

The report said the evicted community had “suffered significant damage” with the demolition of a church and a school of at least 400, leading to unemployment. Locals from Kilimalande, one of the resettlement sites for the displaced villagers, also said they were unable to accommodate the newcomers.

The problems began in 2015 when people started building houses on the portion of the exclusion zone outside the fenced area, known as Zone B, which is yet to be mined, the company has said.

“With the involvement of government, beacons were erected and trees planted to demarcate the exclusion zone, and some people don’t think that’s enough, but the law says ‘clearly visible landmarks.’”

People also moved and removed some of the beacons, and the government did not respond to the company’s repeated requests to put them back or remove people from the area, Mutombo said.

(This story refiles to fix typo in paragraph 5)