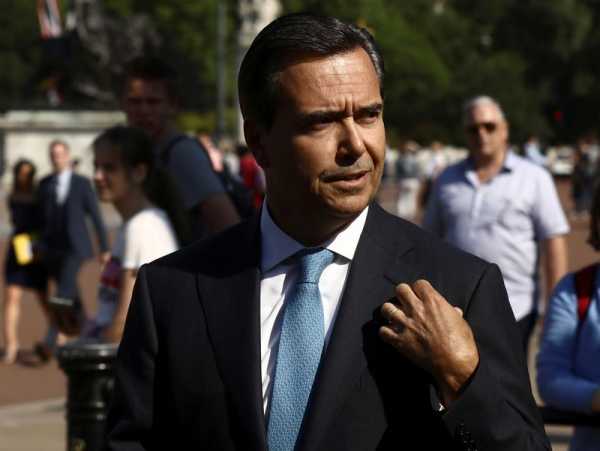 “We think we understand their priorities and that they entirely support our strategy.”

Credit Suisse announced a restructuring on Thursday, saying it would rein in its investment bankers and put money into wealth management as it tries to curb a freewheeling culture that has cost it billions in a string of scandals.

Horta-Osorio, who joined from Lloyds Bank in April, said he was putting risk management and responsibility at the heart of operations at Switzerland’s second-biggest lender.

But the overhaul got a tepid reaction from investors, with Credit Suisse shares tumbling more than 5% after the announcement, and analysts said there was general disappointment the changes were not sufficiently bold.

Credit Suisse Chief Executive Thomas Gottstein, who also took part in the interview published on Sunday, said he thought the changes were “substantial.”

“After all, we are shifting CHF 3 billion ($3.29 billion) of our capital from investment banking to wealth management, an increase of around 25%. And we have the goal to hire 500 new client advisors by 2024.

“We have examined various measures over the last few months and have come to the conclusion that we can achieve the best returns with this strategy in the medium term – especially in relation to the risk we take, which we are significantly reducing,” Gottstein said.

The executives rejected media reports of differences between them. “The fact is that we agreed on all important questions,” Gottstein said.

Credit Suisse is also adapting its compensation model to reduce risk, Horta-Osorio said, and would present details in the first half of 2022.

A “lackadaisical” attitude towards risk and “a lack of accountability” were to blame for the bank’s $5.5 billion loss on investment fund Archegos, according to a review published in July.

“We will structure the variable remuneration in such a way that there is no longer an incentive to take excessive risks,” the chairman told NZZ am Sonntag.

“We will link wages more closely to the risks taken and the economic gain. This means that if a business is capital-intensive and consequently generates profits, the managers are not rewarded with higher bonuses.”