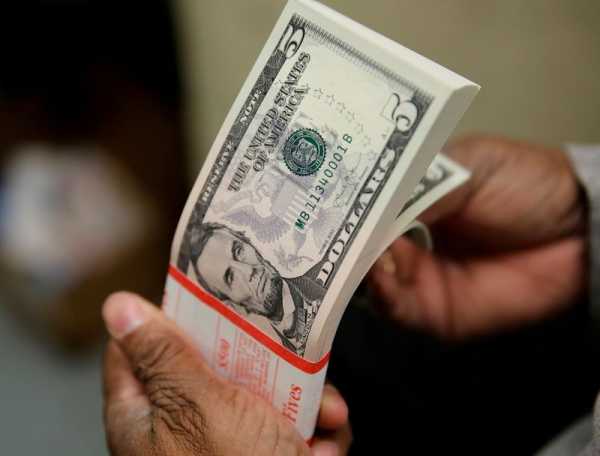 U.S. consumer prices grew at their fastest annual pace since 1990 last month, data showed, and traders think the Federal Reserve could respond by lifting interest rates faster than peers in Europe and Japan.

The euro was pummelled, as the European Central Bank is seen lagging on policy tightening, and it slipped further to $1.1465 on Thursday, its lowest since July 2020. It is without major chart support until around $1.12.

Sterling was also marginally down at a fresh 11-month low on Thursday of $1.3393. The yen extended a sharp reversal of recent gains to 114.15 per dollar and the Australian and New Zealand dollars made one-month troughs.

“The market is still conferring a degree of credibility on the Fed, that they are not going to allow very high inflation to persist indefinitely,” said National Australia Bank’s head of FX strategy, Ray Attrill.

Even if other central banks are eyeing similar moves, a dollar index move above 95 might prompt investors to get out of the way of a rising greenback, he added.

“It’s quite a big level technically and if we can break up through that then there will be more people throwing in the towel.” The index ticked up to 95.002 on Thursday.

The surge in Treasury yields, which rise when prices fall, has opened up the difference between five-year U.S. yields and yields at the same tenor in Japan and Germany to their widest – in favour of Treasuries – since early 2020. [US/]

A jobs report in Australia showed an unexpected rise in unemployment, though the timing of the report – in the midst of staggered lifting of pandemic lockdowns of big cities – made the figures difficult to interpret.

Further dollar gains likely depend on clues about the Fed’s thinking, and on whether the inflation jump – which also sparked selling in stock markets – puts a broader weight on the mood.

“From an FX standpoint we are in a stand-off,” said Deutsche Bank strategist Alan Ruskin.

“On the dollar we have the classic dilemma – if Fed won’t respond to high inflation it is dollar negative; if the Fed brings forward tightening it is USD positive. Right now the dollar is broadly stuck between these two worlds.”

British growth data is due later in the day.