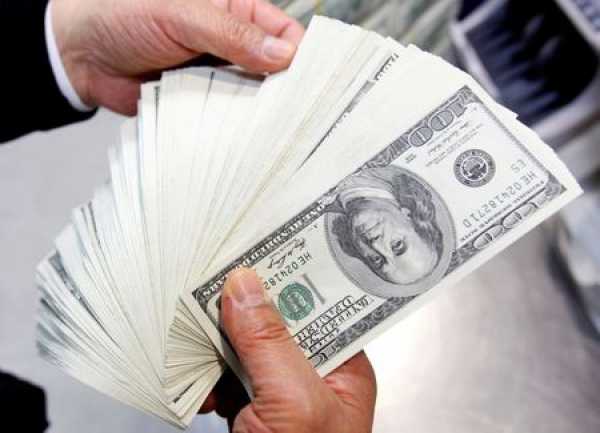 The beneficiaries included commodity-linked currencies such as the Australian, Canadian and New Zealand dollars, which are also benefiting from the continued rally in commodity prices.

“Support for the U.S. dollar from higher U.S. yields has been dampened so far this month both by the improvement in global investor risk sentiment, and by similar rise in yields outside of the U.S. on average in other G10 economies,” said Lee Hardman, an analyst at MUFG.

“As a result yield spreads have not moved decisively in favour of the U.S. dollar. The case for a stronger U.S. dollar is more compelling against the low yielding G10 currencies of the EUR, CHF and JPY where market participants are more comfortable that their domestic central banks will keep rates low despite higher inflation,” he added.

Powell’s remarks came as investors have priced in Fed rate hikes starting in the second half of next year and have begun to trim long dollar positions in anticipation that other central banks could get moving even sooner.

The week ahead sees Australian inflation data due on Wednesday, which is likely to set the tone for the next stage in a tussle between traders and a resolutely dovish central bank.

Soaring housing costs and rising food and fuel prices have tapering in the frame when Canada’s central bank meets on Wednesday. On Monday the Canadian dollar rose 0.2% to as high as C$1.2344 per dollar.

Thursday’s U.S. gross domestic product figures — if they show an expected slowdown — could take some pressure from the Fed even while inflation runs relatively hot.

Neither the Bank of Japan nor the European Central Bank are expected to adjust policy when they meet on Thursday, but in Europe market gauges of projected inflation are increasingly at odds with the bank’s guidance.

Elsewhere, China’s yuan hit a five-month peak at 6.3782 per dollar, while the Turkish lira fell to a new record low in the wake of a surprise rate cut last week.