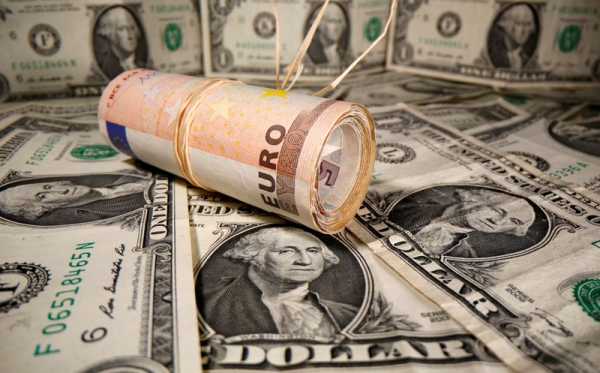 The greenback was near its strongest since early October against the riskier Australian and Canadian dollars, with the commodity-linked currencies also pressured by a slump in crude oil.

The dollar got additional support from bullish comments by Federal Reserve officials Richard Clarida and Christopher Waller on Friday who suggested a faster pace of stimulus tapering may be appropriate amid a quickening recovery and heated inflation.

An more rapid end to tapering raises the possibility of earlier interest-rate increases too. Currently the market is priced for the Federal Open Market Committee (FOMC) to start hiking rates by the middle of next year.

The dollar index, which gauges the currency against six major peers, traded at 96.065, staying within sight of last week’s 16-month high of 96.266.

“EURUSD has been in free-fall and will likely get the lion’s share of attention from clients looking for a play on growing restrictions and tensions across Europe,” Chris Weston, head of research at brokerage Pepperstone in Melbourne, wrote in a note to clients.

Europe has again become the epicentre of the pandemic, accounting for half of global cases and deaths.

Austria becomes the first country in western Europe to reimpose a full COVID-19 lockdown from Monday.

Worries that a slowdown in Europe could hit energy demand dented crude oil, which was also in retreat over the prospect of a U.S.-led release of emergency stockpiles.

“We expect AUD to remain heavy in the near‑term (and) a dip to $0.70 is possible,” with a slowing Chinese economy and the Reserve Bank of Australia’s dovish policy stance dragging on the currency, Joseph Capurso, a strategist at Commonwealth Bank of Australia, wrote in a report.

Meanwhile, “USD can extend its recent rally this week and set a fresh 2021 high,” he said. “Another round of strong U.S. inflation can further propel market pricing of FOMC rate hikes and the USD.”

The dollar was largely flat against fellow safe-haven the yen, changing hands at 114.03 yen per dollar, in the middle of its range over the past week and a half.

In crypto, bitcoin traded around $58,100, consolidating after its retreat from an all-time high at $69,000, marked earlier this month.

Two hostages have been released in Haiti, group says