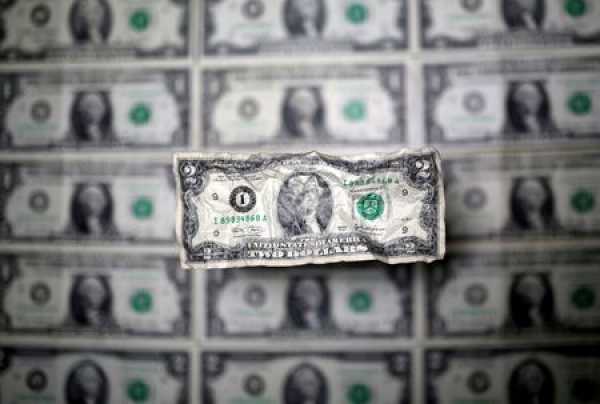 U.S. Treasury yields firmed on Monday, extending a trend in recent weeks with five-year bond yields rising to their highest levels since February 2020 as investors ramped up bets that the U.S. Federal Reserve was preparing to raise interest rates as early as next year. [US/]

The inflation outlook has also prompted expectations of earlier tightening of global monetary policy, with Danske Bank expecting as much as two rate hikes from the Fed in the second half of next year.

“For some time our central argument has rested on two factors coming together to support the dollar, namely the moderation in global growth and the Fed taking a gradual path towards eventual rate hikes,” HSBC analysts said in a note. “This occurred sooner than we expected.”

In New Zealand, where consumer prices zoomed higher at their fastest clip since 2010, analysts reckoned the central bank would need to stay the course on its hiking trajectory even as the lockdown of Auckland was extended.

The kiwi was an outlier, having jumped almost 0.5% to a one-month high of $0.7105 before easing back to flat at $0.7070 after a decade-high quarterly inflation reading.

Sterling also managed to hold on close to steady after hawkish weekend remarks from Bank of England Governor Andrew Bailey who said policymakers “will have to act” as energy prices drive consumer prices higher.

In other data highlights, China’s economic growth hit its slowest pace in a year in the third quarter, with power shortages crimping factory output – while in commodities, crude prices rose more than 1% to test 2018 highs.

The yuan eased slightly after the data. But taken together, China’s slowdown, power crunch and worldwide signs that pressure from energy costs is hurting, seemed to turn investors broadly cautious as they brace for a bumpy period.

(Reporting by Saikat Chatterjee and Tom Westbrook in SINGAPORE; editing by Philippa Fletcher)