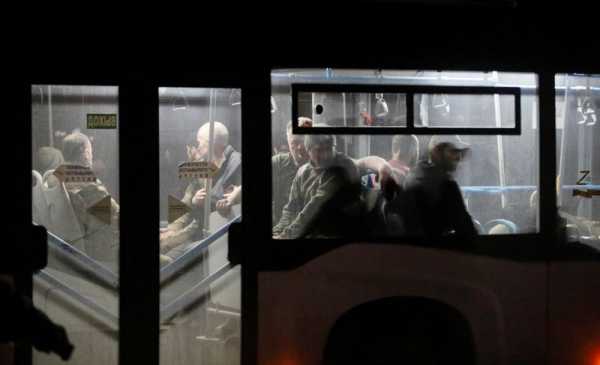 (Reuters) -A Russian-backed separatist leader in eastern Ukraine said on Tuesday that foreign representatives, including Western ones, would be invited to a trial of Ukrainian fighters there, according to an Interfax news agency report.

Prosecutors in the region are working with Russia on the composition of a tribunal to try the fighters, Interfax quoted Denis Pushilin, head of the breakaway Donetsk People’s Republic which Russia recognised three days before its Feb. 24 invasion of Ukraine, as saying.

Russia said last week that almost 2,000 Ukrainians had surrendered after making a last stand in the ruins of Mariupol, where they had held out for weeks in bunkers and tunnels beneath the vast Azovstal steelworks.

The defence was led by the Azov Regiment, which Russia casts as a “Nazi” militia with radical far-right origins. Ukraine denies that, saying the unit has been reformed and integrated into its armed forces and is outside politics.

Pushilin has said that “Nazi criminals” among those who surrendered should go before a tribunal – a stance backed by leading members of the Russian parliament.

On Tuesday, he said the main trial would be preceded by “intermediate” ones, of which one of the first would probably be held in Mariupol.

“We should not delay,” Interfax quoted him as saying.

The International Committee of the Red Cross (ICRC) said last week it had registered those leaving the plant to keep track of prisoners. It said that under the 1949 Geneva Conventions, the body of international law relating to the treatment of captured military personnel and civilians, it must have immediate access to all prisoners of war.

The Kremlin has said the fighters who surrendered will be treated according to international standards.

(Reporting by Reuters;Editing by Bernadette Baum)