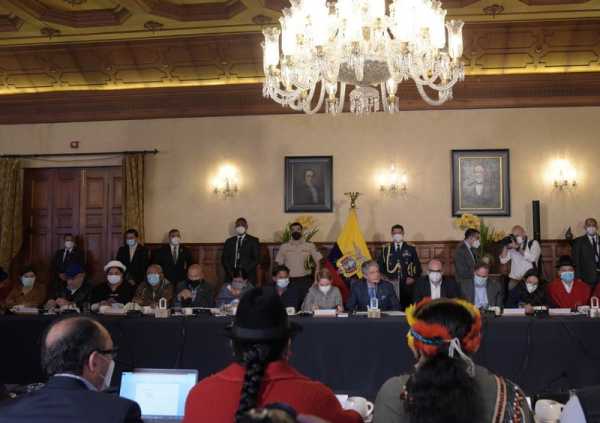 Lasso, an ex-banker who took office in May, last month scrapped planned incremental rises in gasoline charges meant to eventually align with international costs, after pressure by indigenous and other organizations.

He opted instead to raise the price of “gasoline extra,” a cheaper gasoline that is Ecuador’s most-used fuel, to a fixed $2.55 a gallon, and diesel to $1.90 a gallon, sparking protests and road blockades.

“The government will analyze and review the proposals that different organizations have brought … on the issue of gasoline,” Vela told journalists after a meeting between the groups and the government.

“The government will do this responsibly, it will determine what needs to be determined in service of the Ecuadorean people and then we’ll have another meeting,” she said, adding the next meeting will take place in three weeks.

Indigenous groups have also asked Lasso to suspend plans to expand oil and mining developments and pause debt payments by farmers, among other requests.

There was some agreement on three of the six requests, Vela said, but discussion remains on the issues of oil, mining and gasoline.

Indigenous groups have proposed reducing the price of gasoline extra to $2.10 a gallon and diesel to $1.50 a gallon, said Leonidas Iza, the president of the Ecuador Confederation of Indigenous Nations (CONAIE).

“There was lots of progress, but there is not an agreement while the issue of gasoline remains unsolved,” Iza said.

Indigenous groups suspended protests at the end of October, but have said they remain attentive to progress on their requests.