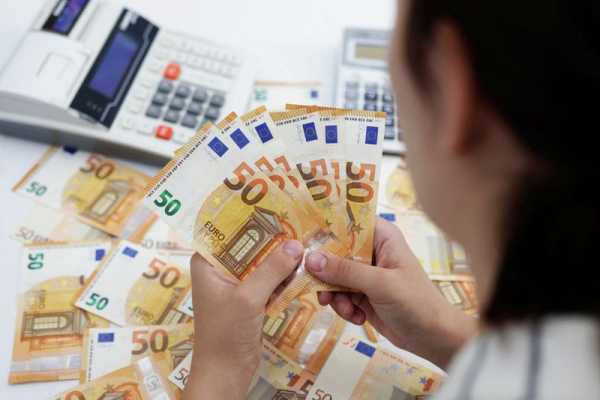 The euro was at $1.0745, down 0.3%, having hit a five-week high of $1.0786 overnight, as German inflation rose to its highest level in nearly half a century in May on the back of soaring energy and food prices.

This strengthens the case for more aggressive rate rises from the European Central Bank, which is expected to start to raise rates in July for the first time since the pandemic began.

Eurozone CPI data is due later on Tuesday, and CBA analysts said the German data implied a possibility that this could come in above expectations as well.

In addition, “There are a number of ECB officials speaking tonight, no doubt talking up the prospects of higher European interest rates,” they said in a note to clients.

The euro is also set for a 2.2% gain in May, which would be its biggest monthly rise in a year.

The dollar index was at 101.63, having fallen to a five-week low of 101.29 overnight. The index measures the greenback against six peers with the largest weighting given to the euro.

“The focus has shifted from higher inflation and more rate hikes to worries about whether Fed tightening has put pressure on the economy, and that has caused the dollar to weaken over the last few weeks,” said Redmond Wong, market strategist at Saxo Markets Hong Kong.

He added, however, that there was no certainty that the Federal Reserve would pivot away from an aggressive pace of tightening, and pointed to hawkish remarks overnight from Fed governor Christopher Waller, noting “so this trend of a weaker dollar could reverse”.

A rebound in sentiment towards riskier assets and currencies partly caused by an easing of lockdowns in China’s financial hub of Shanghai has also weighed on the safe-haven greenback recently, say investors.

News that European Union leaders agreed in principle on Monday to cut most oil imports from Russia by the end of this year, sent oil prices higher, and boosted commodity currencies.

The Canadian dollar touched 1.2653 per dollar, near a one-month high struck overnight. The Australian dollar bounced from its $0.7163 low, also helped by better-than-expected PMI data from China and was last around $0.7180.

Bitcoin was on the front foot at around $31,600 having risen above $32,000 overnight for the first time in over three weeks.

The yen was at 128.15 per dollar, softer on the day, but set for its strongest month since July last year.