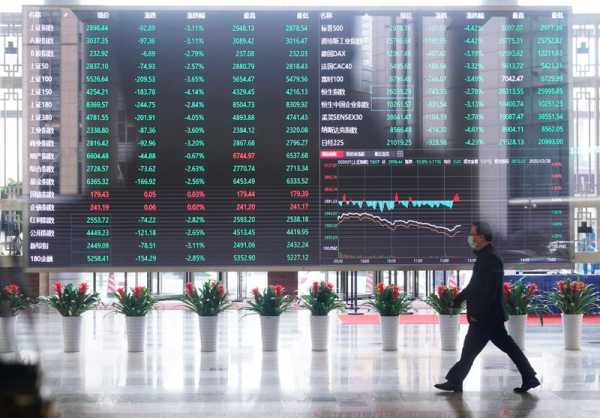 Wall Street opened the day mixed, with the tech-heavy Nasdaq posting a record open but the blue-chip Dow dipping on fears the economic recovery could stall.

European stocks also retreated from record highs as the specter of a fresh COVID-linked lockdown in Germany and other parts of Europe cast a shadow over the global economy.

Markets went into a tailspin after news that Austria will become the first Western European state to reimpose a full lockdown to tackle a new wave of coronavirus infections and signs that Germany might do the same. The pan-European STOXX 600 index <.STOXX> lost a third of a percent.

“A total lockdown for Germany would be extremely bad news for the economic recovery,” said Ludovic Colin, a senior portfolio manager at Swiss asset manager Vontobel.

“It’s exactly what we saw in July, August of this year in parts of the world where the Delta was big; it (COVID-19) came back and it slows down the recovery again.”

Such worries helped send oil prices down 3%, while investors made a dash for so-called safe assets like the dollar.

U.S. Treasury yields also tumbled on the resurgent COVID concerns as investors raced to the safe haven. Benchmark 10-year notes last yielded 1.522%, after dropping as low as 1.515%, the lowest since Nov. 10.

The U.S. House voted on Friday morning to pass a $1.75 trillion social spending bill, which if made law would enact several of President Joe Biden’s top priorities, including new funds to address climate change. The bill narrowly passed with only Democratic support, and its fate is unclear in the U.S. Senate, where moderate lawmakers have raised concerns about its size and some of its programs.