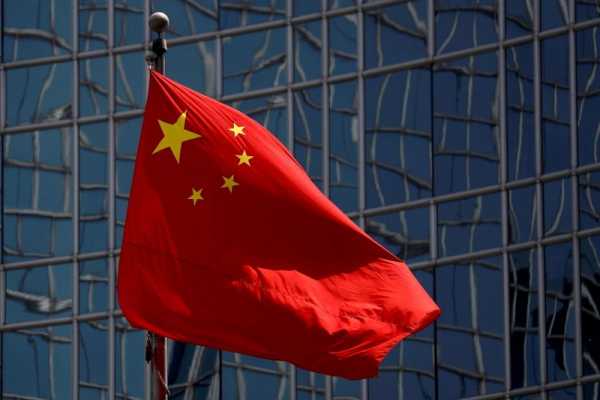 Letters from China’s embassy in Washington have pressed executives to urge members of Congress to alter or drop specific bills that seek to enhance U.S. competitiveness, according to the sources and the text of a letter sent by the embassy’s economic and commercial office seen by Reuters.

Chinese officials warned companies they would risk losing market share or revenue in China if the legislation becomes law, according to the text of the letter.

The Chinese embassy and the head of its economic and commercial office did not return separate requests for comment.

The sources said China’s request also left some individuals who received a letter concerned that they could be seen as violating the Foreign Agents Registration Act (FARA) if they lobbied lawmakers on similar issues in the future.

As a result, none of the sources wanted to be identified as having received or seen the letter.

Sweeping legislation to boost U.S. competition with China and fund much-needed semiconductor production, known as the U.S. Innovation and Competition Act (USICA), passed the Senate with bipartisan support in June. A related bill in the House of Representatives called the Eagle Act, which is more strictly policy focused, has stalled as Congress has been preoccupied with other domestic initiatives.

The language in the letters, which Reuters determined were sent separately to a wide number of people, explicitly asks companies to oppose USICA and the Eagle Act.

Beijing sees the measures, which take a hard line toward China on human rights and trade issues, as part of a U.S. effort to counter the country’s growing economic and geopolitical might.

“We sincerely hope you … will play a positive role in urging members of Congress to abandon the zero-sum mindset and ideological prejudice, stop touting negative China-related bills, delete negative provisions, so as to create favorable conditions for bilateral economic and trade cooperation before it is too late,” the Chinese embassy said in one letter sent in early November.

Reuters confirmed the shared language of the letter with the four sources.

“The result of those China-related bills with negative impacts will not be that the interests of U.S. companies will be protected while those of Chinese companies will suffer. It is only going to hurt everyone,” it said.

“Promoting a China-free supply chain will inevitably result in a decline in China’s demand for U.S. products and American companies loss of market share and revenue in China,” it said.

Two of the sources said similar messages were conveyed in meetings with staff of China’s embassy.

“It’s an outright ask by a foreign government,” one of the sources said, highlighting the implications for FARA, which requires persons acting on behalf of a foreign power or political party to disclose those relations to the Department of Justice.

A second source said the approach appeared geared at getting companies to delay the legislative process rather than block the bills entirely.