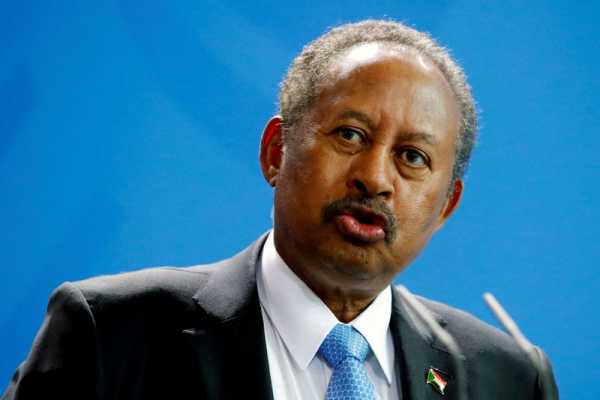 – Before becoming prime minister, Hamdok worked for the U.N. Economic Commission for Africa, the African Development Bank and as a special adviser at the Trade and Development Bank in Ethiopia. He studied economics at the universities of Khartoum and Manchester.

– He was named prime minister in August 2019 by the Sovereign Council, a ruling body of civilians and the army that was set up to oversee a transition towards democracy after long-ruling autocrat Omar al-Bashir was toppled.

– Upon taking office, he said his priorities included solving an economic crisis, addressing a public debt burden, and achieving peace in a country long fractured by civil wars.

– He also opened talks with the United States to have Sudan removed from its list of states that sponsor terrorism, a designation that had isolated Sudan from the international financial system since 1993. Sudan was removed from the list in 2020.

– On his watch, the IMF accepted Sudan into the Highly Indebted Poor Countries (HIPC) initiative based on the country’s commitment to macroeconomic reforms. This meant Sudan could finally get relief on more than $56 bln in debt and access new funds.

– The economic reforms he promoted included the removal of fuel subsidies that cost several billion dollars a year, and the devaluation and floating of the currency. He also sought to bring under government control firms owned by the security forces https://www.reuters.com/article/us-sudan-economy-idINKBN23Z0PX.

– A few weeks before he was removed from office on Oct. 25, he acknowledged the hardship arising from reforms but expressed hope that their positive impact would be felt on the ground very soon. “The Sudanese people have borne a very high cost of the reforms and we cannot take their patience for granted,” he said.

– He is a firm supporter of Sudan’s transition to civilian-led rule. As tensions grew between the army and civilians in the power-sharing administration in September, Hamdok presented a roadmap out of crisis https://www.reuters.com/world/africa/sudans-pm-hamdok-unveils-roadmap-with-political-players-end-crisis-2021-10-15.

“I am not neutral or a mediator in this conflict. My clear and firm position is complete alignment to the civilian democratic transition,” he said.

– His stance has won him support among the population. During rallies against the coup, protesters carried photos of Hamdok and hung banners featuring him from billboards.

– After signing a deal to return as prime minister he said he had done so to halt bloodshed after several dozen civilians had been killed during protests.

Tunisia says U.S. will support it once political reforms are announced