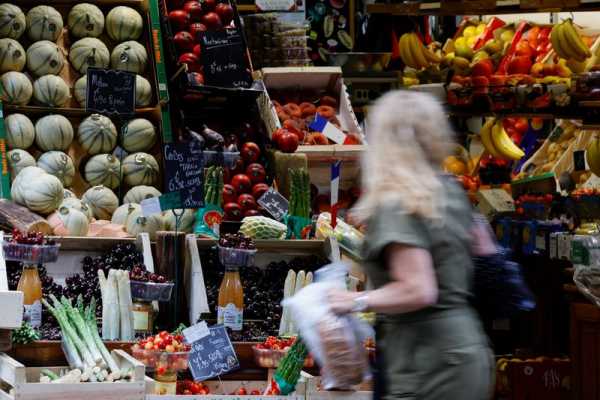 PARIS (Reuters) – The French economy is likely to keep up a steady rate of growth through the rest of 2022 although inflation will rise further to nearly 7%, the INSEE statistics agency forecast on Friday.

After the economy shrank 0.2% in the first quarter from the previous three months, it is set to grow 0.2% in the second quarter and 0.3% in both of the following two quarters, INSEE said in its economic outlook.

For the full year 2022, the euro zone’s second-biggest economy should post growth of 2.3%, driven largely by consumer spending with services benefiting from a return to more normal conditions in the transport sector.

Meanwhile, inflation was expected to climb during the summer from 5.2% in May to stabilise at around 6.5%-7% for the rest of the year, reaching levels not seen in France since 1984.

However, price pressures may shift from energy, which has driven the increase so far, to food and manufactured products as well as services, INSEE said.

It estimated that inflation would be two percentage points higher without government measures to rein in price pressures, including a cap on gas and electricity prices and a rebate on fuel prices.

The labour market is likely to remain strong with 200,000 new jobs expected to be created over the course of the year, reducing the unemployment rate from 7.3% in the first quarter to 7.0% by the end of year – the lowest level since early 1982.

Fed must act ‘forthrightly and aggressively’ on inflation, Bullard says

Italy’s dependence on Russian gas down to 25% from 40%, Draghi says