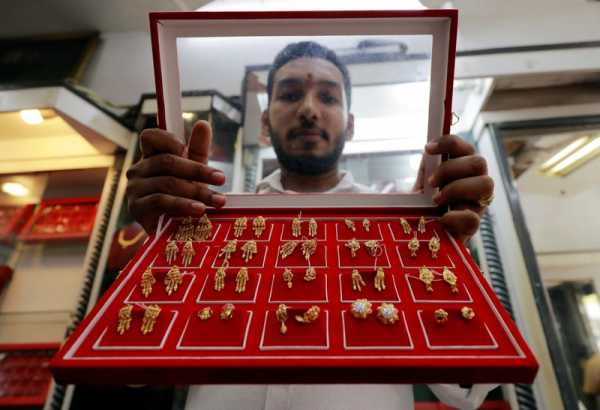 The market is concerned that the Fed could be quite hawkish, pricing in a 50 basis point hike, and it could be 75 basis points in July, said Stephen Innes, managing partner at SPI Asset Management.

The U.S. central bank’s Federal Open Market Committee is scheduled to begin its two-day meeting on interest rates on May 3 and announce its decision the next day.

Fed policymakers look set to deliver a series of aggressive rate hikes at least until the summer to deal with rapid inflation and surging labour costs, even as two reports released on Friday showed tentative signs that both may be cresting.

The Fed is still behind, and has constantly tried to keep up with these expectations, so there’s a good chance they are looking at current inflation metrics, and “are going to continue to beat the hawkish drum,” Innes said.

Higher short-term U.S. interest rates and bond yields tend to increase the opportunity cost of holding bullion, which yields nothing. Bullion is also seen as a safe store of value during times of economic and political crises.

Around 100 civilians evacuated from the ruined Azovstal steelworks in Mariupol were due to arrive in a Ukrainian-held city on Monday, Ukrainian President Volodymyr Zelenskiy said, after U.S. Speaker Nancy Pelosi made a surprise visit to Kyiv.