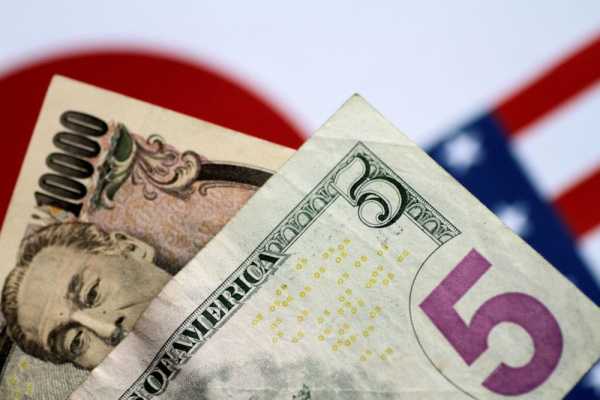 Riskier currencies have also found buyers, and the Australian dollar firmed after the central bank sounded cautiously upbeat about Omicron, though it made no policy changes.

The Aussie rose about 0.2% on the dollar to $0.7066 in the wake of the Reserve Bank of Australia meeting, extending gains from Monday when it enjoyed its best percentage gain in seven weeks.

The Reserve Bank of Australia left rates at a record low but said Omicron was not expected to derail the economy’s recovery.

The yen nursed Monday’s 0.6% drop, its largest in two weeks, at 113.53 per dollar. The Swiss franc, another safe-haven currency, steadied after suffering its largest one-day percentage fall in nearly three months on Monday when it tumbled through 200-day and 50-day moving averages.

“Although there is still a lot of uncertainty over Omicron’s health and economic impact, investors have embraced news from South Africa suggesting the exponential rise in Omicron infections has not been followed by a big wave in hospitalisations,” said NAB strategist Rodrigo Catril.

Cuts to banks’ reserve requirements in China and cuts to rural and small-business rates also gave support to markets’ mood without denting demand for the yuan, which held at 6.3713 to the dollar. [CNY/]

Support also seemed to return to cryptocurrencies after a wild weekend sell-off, and bitcoin steadied at $51,230.

Pressure on the euro, meanwhile, has resumed as bets firm on U.S. rates rising far before those in Europe. The common currency nursed modest Monday losses at $1.1291 on Tuesday.

Fed funds futures have priced in more than two full U.S. rate increases next year, beginning in May. Treasury yields rose a little bit to extend jumps along the curve on Monday.

Sterling rose 0.2% to $1.3283 but has lagged other majors since the market is short sterling and reckons Omicron reduces the likelihood of rate hike next week.

The kiwi has been an outlier, and slipped to a one-year low of $0.6737 on Tuesday even though the Reserve Bank of New Zealand is on an aggressive path of increases and Assistant Governor Christian Hawkesby talked up the currency.

“It does seem like the market is fatigued with the NZ good news story, and is less willing to reward currencies heading for higher interest rates,” analysts at ANZ Bank said. “They normally signal strong growth, but in a supply constrained world, higher rates may be a signal of slower growth to come. NZ’s top of the pile cash rate (and expectations of more hikes to come) certainly aren’t helping the NZD.”

Besides Omicron, central banks are in focus. The Bank of Canada meets on Wednesday, with markets expecting it to set course for rate hikes next year. The Fed, Bank of England, European Central Bank and Bank of Japan all meet next week.