In a first, Japan considers release of oil reserves after U.S. request 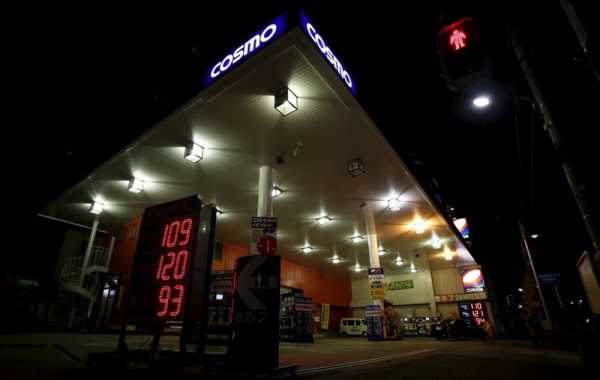 By Ritsuko Shimizu and Yoshifumi Takemoto

TOKYO (Reuters) – Japan is considering the unprecedented release of state oil reserves after a request from Washington for coordinated action to combat soaring energy prices, three government sources with knowledge of the possible plan told Reuters.

One of the sources said the government was looking into releasing from the portion exceeding the minimum amount required as a legal workaround. Japanese law permits the release of oil reserves in cases of a shortage or natural disasters but makes no mention of doing so to counter rising prices.

“We have no choice but to come up with something” after a request from the United States, another one of the sources told Reuters.

The sources declined to be identified because the plan has not been made public.

Japan has never released oil from its state reserves, while oil companies have done so during the 1991 Gulf War and following the 2011 earthquake and tsunami disasters.

Chief Cabinet Secretary Hirokazu Matsuno said on Monday nothing had been decided, while Prime Minister Fumio Kishida said on Saturday the government was in the process of considering what it could do legally.

The Biden administration made the unusual request to some of the world’s largest oil-consuming nations – including China and India – to consider releasing oil from their strategic reserves after members of the Organization of Petroleum Exporting Countries and its allies repeatedly rebuffed its requests to speed up their production increases.

The Japanese government held 145 days’ worth of daily petroleum consumption at the end of September, according to official data, well above the minimum 90 days required by law.

Oil and euro slip, markets on edge over COVID-19 curbs in Europe