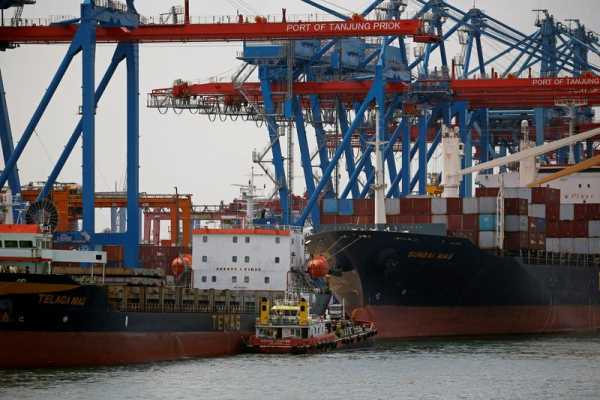 Southeast Asia’s largest economy has been reporting a trade surplus every month since May, 2020, as the coronavirus pandemic supressed local demand while exports rode a boom in prices of commodities like coal, palm oil, copper, tin, steel and rubber.

The December surplus was about a third of the $3.13 billion forecast by economists polled by Reuters and was also much smaller than the $3.51 billion recorded in November.

December imports hit a record high of $21.36 billion, up 47.93% on a yearly basis and beating the poll’s forecast for 39.40% growth, as overseas purchases of everything from consumer goods to raw materials for the manufacturing industry jumped.

“This shows that economic activity is improving … including consumption,” Margo Yuwono, the head of Statistics Indonesia, told a news conference.

Meanwhile, export growth was 35.30% on a yearly basis compared with the poll’s expectation of 40.40% growth, with shipments of coal to China slowing as Beijing ramped up domestic output of the fuel.

The resource-rich country’s total shipments in December were worth $22.38 billion, the second highest on record for monthly data after November’s $22.84 billion.

Economists have warned that a ban on coal exports, implemented since Jan. 1 to avoid widespread domestic power outages, could shift Indonesia’s trade balance to a deficit. Coal exports make up about 14% of Indonesia’s overall exports.

The ban has been eased for big miners that have met domestic sales requirements, but is still affecting smaller miners whose output accounts for up to 40% of Indonesia’s total.