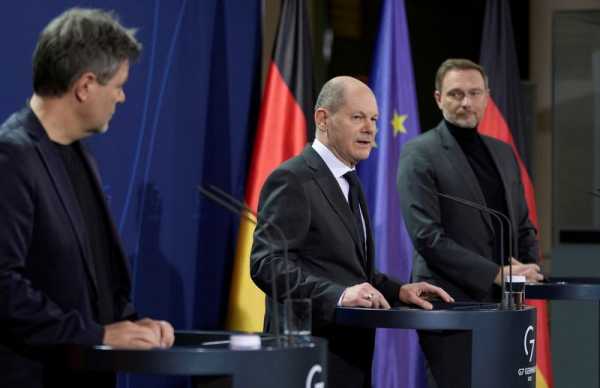 FRANKFURT (Reuters) – The Group of Seven (G7) economic powers should align international climate protection ambitions along the lines of a “climate club” proposed by German Chancellor Olaf Scholz, the head of the Business 7 (B7) group of industry lobbies said on Wednesday.

A joint statement by B7 members to the G7, a copy of which was seen by Reuters, was presented by the German Federation of Industry (BDI) on behalf of the group on the opening day of a three-day meeting of G7 environment, climate and energy ministers in Berlin.

Scholz had suggested the idea to try to avoid trade friction in areas including green tariffs, the development of markets for decarbonised products, carbon pricing and removal methods.

“The B7 support the idea of an open and ambitious climate club,” said BDI and B7 President Siegfried Russwurm. “The G7 must now clarify what its contribution can and should be.”

The B7 comprises the leading business and industry federations of the G7 states. It was founded on the initiative of BDI in 2007.

The B7 wanted to promote an understanding of what, for example, constituted “green” raw materials such as steel or cement, he said.

The group viewed energy supply security and diversification as paramount, a stance that had been underscored by war in Ukraine and the possibility of Russia stopping pipeline shipments of natural gas to Europe, Russwurm added.

The B7 wanted to accelerate alternative shipments of liquefied natural gas (LNG), a rapid expansion of renewable energy sources and the supply of hydrogen as a gas substitute.

It was urgent for G7 countries to agree on a coordinated promotion of low carbon hydrogen economies and the build-up of related transport and infrastructure capacities.