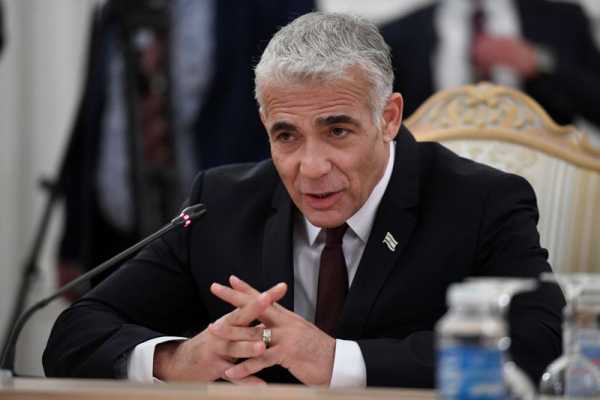 JERUSALEM (Reuters) – Israel’s Foreign Minister Yair Lapid on Saturday distanced the government from the NSO Group, a firm blacklisted this week by the United States over alleged misuse of its phone hacking spyware.

The company sends its products abroad under licences from Israel’s Defence Ministry, which has launched its own probe of the company’s practices after the alleged software misuse emerged.

No results have been announced and Israel has given no indication so far that it was considering limiting the scope of NSO’s exports.

“NSO is a private company, it is not a governmental project and therefore even if it is designated, it has nothing to do with the policies of the Israeli government,” Lapid told a news conference in Jerusalem. “I don’t think there is another country in the world which has such strict rules according to cyber warfare and that is imposing those rules more than Israel and we will continue to do so.”

His comments are the first made publicly by a senior Israeli minister since the U.S. Commerce Department announced the blacklisting on Wednesday.

In the past, NSO Group has been accused of selling hacking tools to authoritarian regimes. NSO says it only sells its products to law enforcement and intelligence agencies and takes steps to curb abuse.

Its inclusion on the U.S. list, for engaging in activities contrary to U.S. national security or foreign policy interests, means that exports to them from U.S counterparts are restricted.

NSO has said it was “dismayed” by the U.S. decision and that it has ended contracts with government agencies that misused products it promotes as legitimate tools to help crime-fighting authorities battle terrorism.