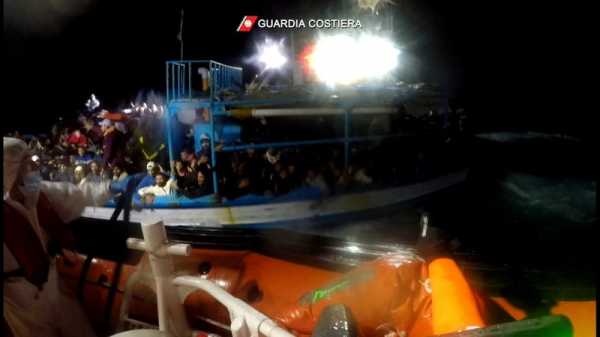 ROME (Reuters) – The Italian coastguard has rescued about 300 migrants from an overloaded boat that ran into difficulty in rough seas in the Mediterranean as they tried to reach Europe.

Some of the people were floating in the water as rescue units reached the boat about 14 miles from the coast of the southern Italian island of Lampedusa.

The operation overnight on Wednesday and Thursday involved three ships and an airplane, the coastguard said in a statement.

Italy has seen a sharp increase in boat migrants in recent weeks and the latest arrivals will put further pressure on Prime Minister Mario Draghi’s government to secure an agreement with European Union partners over how to deal with the influx.

Another 203 migrants travelling on three separate boats have disembarked in the last two days in the southern region of Calabria, adding more pressure on Italy’s rescue capacity.

Russian aggression against Ukraine should lead to EU sanctions