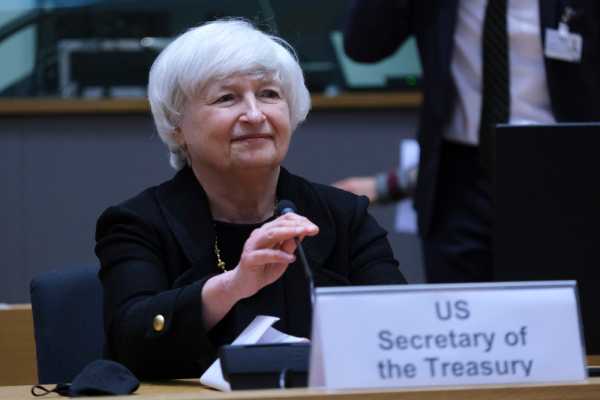 The US Treasury Secretary and former Fed Chair Janet Yellen addressed the “rapidly growing” digital assets and the risks associated with them, in the wake of the recent TerraUSD (UST) meltdown.

Not a “real threat to financial stability”: Yellen

However, she continued that these asset classes have not reached a scale “where they’re financial stability concerns.” Yellen added,

“I wouldn’t characterize it at this scale as a real threat to financial stability, but they’re growing very rapidly, and they present the same kind of risks that we have known for centuries in connection with bank runs.”

Federal agencies’ concerns over stablecoin risks aren’t new. In November, the U.S. Treasury Department called on Congress to address “key gaps” in the authority over stablecoins used for payments purposes.

In April, Yellen said crypto regulations in the US should support responsible innovation while managing risks. However, she also said they should abide by the recent White House crypto executive order.

In response to a question from Rep. Jim Himes on Thursday, Yellen highlighted that she did not believe a $2 trillion crypto market was big enough to trigger the “systemic risk” designation.

Addressing the recent meltdown of the Terra token, which until last week had been the crypto market’s third-largest, Yellen said that the stablecoin had “broken the buck,” and Tether (USDT) is “under some pressure as well.”

However, Yellen declined to give Himes at what level the market could pose a systemic risk.

The recent cryptocurrency collapse prompted Yellen to call for fresh federal regulations. She noted that additional regulation is needed to respond to the speculative wave.

“We really need a regulatory framework to guard against the risks.”

She also cited that the Treasury is working on a report to address this issue. Additionally, a central bank digital currency (CBDC) could also mitigate some of these concerns, she noted.