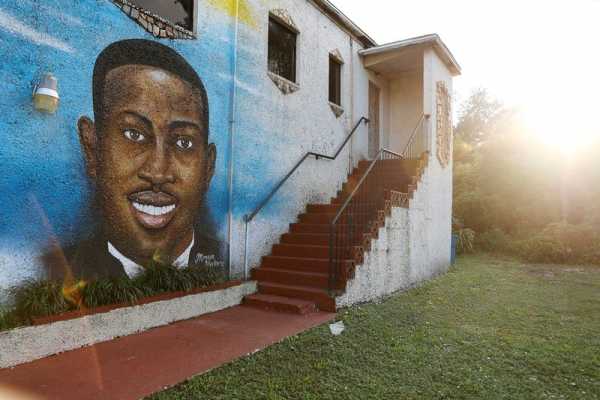 BRUNSWICK, Ga. (Reuters) – A jury was expected to be impaneled on Wednesday in the murder trial of three white men who chased and fatally shot Ahmaud Arbery, a young Black man who went for a Sunday afternoon run in a mostly white neighborhood in Georgia’s Glynn County last year.

Questioning scores of potential jurors has taken more than two weeks since the trial opened in Glynn County Superior Court in the small coastal town of Brunswick on Oct. 18.

The process has been slowed by an issue common in high-profile cases that come with widely seen video of the encounter: many potential jurors, drawn from the county, have told the court that they had already seen the viral video of Arbery’s death and had made their minds up as to the guilt of Gregory McMichael, his son Travis McMichael, and their neighbor William “Roddie” Bryan.

The three men have pleaded not guilty to charges including murder, assault and false imprisonment. In their defense, they have said they were trying to detain Arbery under the state’s citizen’s arrest law, since repealed after Bryan’s cellphone video of the killing sparked widespread outrage. They say they chased down the unarmed 25-year-old because they thought he was a “suspect” in a burglary.

Only about 85,000 people live in Glynn County, and many potential jurors have told the court they personally knew Arbery or know some or all of the defendants.

“This is the most complicated jury selection I’ve ever been a part of including federal death penalty cases,” Kevin Gough, a lawyer for Bryan, said on Wednesday as he tried to get a potential juror called back in for further questioning after discovering she had made dance videos on the TikTok social media app expressing her sadness at Arbery’s death.

Judge Timothy Walmsley has at times expressed impatience with the pace of jury selection. He allowed Gough to question the potential juror a second time, leading to her dismissal, before rebuffing a request by Gough to allow counsel an additional 60 minutes to confer on the remaining potential jurors.

“We are going to try and pick a jury this morning,” the judge said.