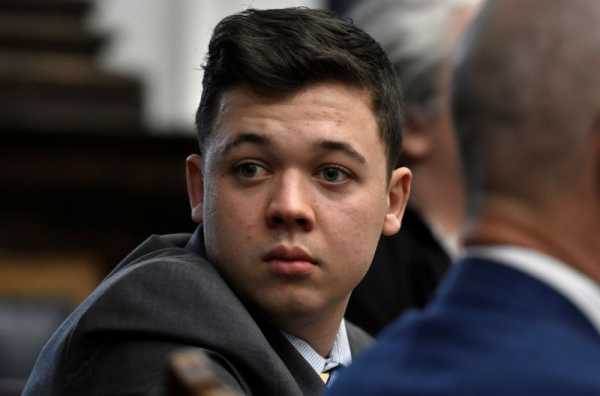 Rittenhouse, 18, is charged with killing Joseph Rosenbaum, 36, and Anthony Huber, 26, and attempted homicide in the wounding of Gaige Grosskreutz, 28, during a chaotic night of protests in Kenosha, Wisconsin, on Aug. 25, 2020.

The jury of 7 women and 5 men has so far spent roughly 14 hours weighing two weeks of testimony, which included considerable evidence in support of Rittenhouse’s assertion that he used his weapon after being attacked. He faces life in prison if convicted on the most serious charge.

For the last hour on Wednesday, the jury re-watched videos in evidence, including drone footage of the Rosenbaum shooting and videos of the subsequent shootings of Huber and Grosskreutz and the attempted shooting of an unidentified male.

Rittenhouse, who was 17 at the time of the shootings, has pleaded not guilty and testified last week that he fired his weapon in self defense. He said Rosenbaum, the first person he shot that night, grabbed the barrel of his gun.

Defense lawyers made a new request for a mistrial on Wednesday, saying prosecutors withheld the high-definition version of a drone video in evidence and enhanced it in order to portray Rittenhouse as a threat. Prosecutors denied the defense’s allegation.

The shootings took place in Kenosha during protests – marred by arson, rioting and looting – that followed the police shooting of a Black man, Jacob Blake, who was left paralyzed from the waist down.

The trial has emerged as the most closely watched case involving a civilian’s right to self-defense since George Zimmerman was acquitted in the fatal shooting of Trayvon Martin, an unarmed Black teenager, in 2013. Like Zimmerman, Rittenhouse has become a polarizing figure, viewed as heroic by some conservatives who favor expansive gun rights and as a symbol of a reckless American gun culture by many on the left.

Iraqis check in for flight home after failed attempts to get into ...