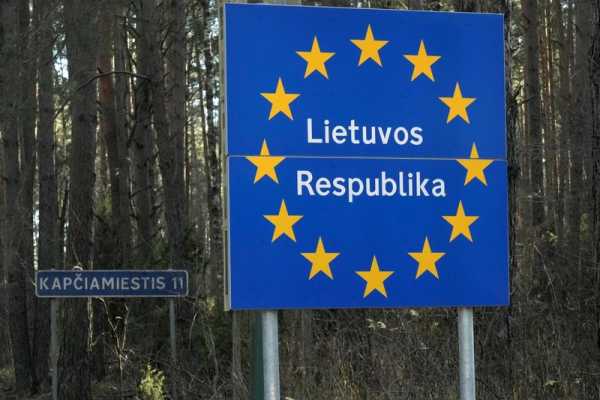 VILNIUS (Reuters) – Lithuania may close border crossing points with Belarus if migrants continue to be smuggled into its territory on trucks, Interior Minister Agne Bilotaite said on Friday.

“We have decided to increase checks on vehicles crossing into Lithuania. If we see this trend increasing, we will be very seriously considering closing border crossing points with Belarus,” she said during a visit near the border.

Four Iraqi migrants were found hiding in a consignment of peat in a Belarusian-registered truck at the Medininkai crossing on Thursday afternoon. The Lithuanian border guard service said Belarus had refused to take them back.

The European Union has accused Belarus of flying in thousands of people from the Middle East and pushing them to cross into the bloc in retaliation for EU sanctions imposed over President Alexander Lukashenko’s crushing of protests against his disputed re-election last year. Belarus denies this.

Lukashenko told migrants near the border with Poland on Friday that Belarus would help them to return home if they wanted to but would not force them.

Bilotaite said there could be up to 15,000 migrants in Belarus trying to find a way into the European Union, including up to 2,000 at the Lithuanian border.

“Until they are returned home we cannot be calm,” Bilotaite said. “Lukashenko is unpredictable, we can expect anything from him, so we must be ready for all outcomes.”