Maserati launches MC20 Cielo amid focus on quality not quantity 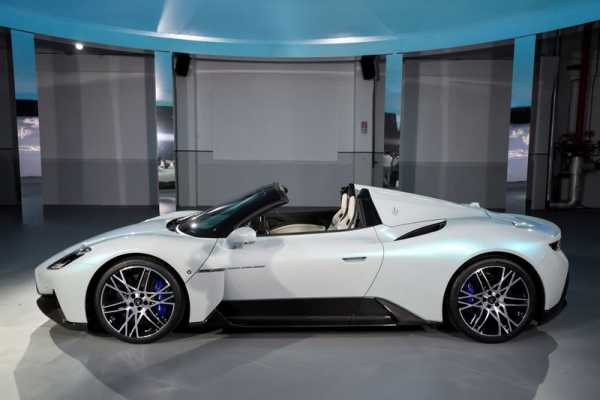 “That was a success in terms of numbers, not necessarily for customers,” Grasso said, adding defect rates at Maserati were at that time higher than the average in luxury and premium markets.

“You enter a vicious circle of unsold cars and bigger and bigger discounts,” he said. “We were not good enough with quality, new powertrains, infotainment”.

Grasso said Maserati’s performance would keep improving this year and in 2023 in terms of market share, products, revenues and margins.

The brand has recently unveiled its new Grecale SUV, which will be available in a full-electric (BEV) version in 2023. Next year Maserati will also introduce new versions of its Gran Turismo and Gran Cabrio models, and plans to make all its range electrified by 2025.

Chief Commercial Officer Bernard Loire said sales could potentially top 30,000 units this year though it was not a target.

“It’s a projection based on our current performance,” he said.

Loire said China, Maserati’s second largest market after the United States, was being hit by an ongoing lockdown, but feedback from initial orders for Grecale were very positive.

“We see a much better second half,” he added.

He said Grecale would allow Maserati to compete in a segment, worth around 40% of the luxury market, where the brand has not been present so far.

With deliveries expected to start in the first quarter of 2023, the new retractable hardtop MC20 Cielo – ‘Sky’ in Italian – will contribute to Maserati’s sales only in 2023.

Combined capacity for MC20 and MC20 Cielo, both produced in Modena, northern Italy, amount to about 1,400 units a year, with flexibility to adapt output between the two models.

Twitter investors vote against re-electing Elon Musk ally to board