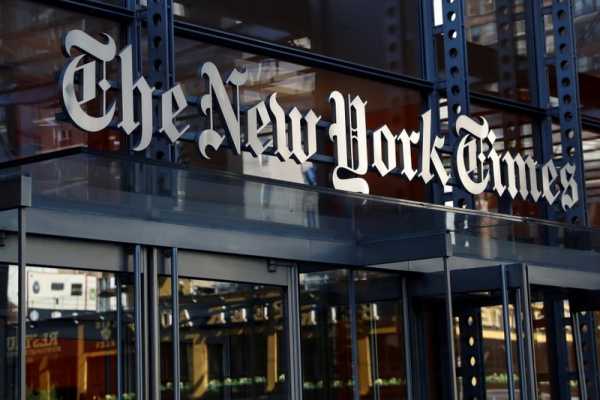 Friday’s order from Justice Leonard Austin of the state Appellate Division in Brooklyn means the Times cannot use the documents, which Project Veritas said are protected by attorney-client privilege, until a Nov. 23 hearing on whether to extend the prohibition.

The Times had been appealing a Thursday order https://www.reuters.com/business/media-telecom/judge-temporarily-blocks-new-york-times-publishing-project-veritas-materials-2021-11-19 by a trial judge, Justice Charles Wood of the Westchester County Supreme Court, that the newspaper called an unconstitutional prior restraint, a view shared by some First Amendment advocates.

“Today’s decision to allow the injunction is deeply disappointing,” Times spokeswoman Danielle Rhoades Ha said in an email. “We look forward to explaining our position in court.”

Project Veritas did not immediately respond to requests for comment.

Wood’s order was part of Project Veritas’ defamation lawsuit against the Times over a September 2020 article https://www.nytimes.com/2020/09/29/us/politics/project-veritas-ilhan-omar.html describing a video the group released alleging voter fraud in Minnesota.

It followed a Nov. 11 https://www.nytimes.com/2021/11/11/us/politics/project-veritas-journalism-political-spying.html Times article discussing Project Veritas’ journalism practices, and a U.S. Department of Justice probe into the group’s possible role in the reported theft https://www.nytimes.com/2021/11/05/us/politics/project-veritas-investigation-ashley-biden-diary.html of a diary from President Joe Biden’s daughter Ashley.

That article discussed memos by Benjamin Barr, a lawyer for Project Veritas. The group has said those memos were privileged, and the Times wrote about them to harm and embarrass a litigation adversary.

Wood’s order blocks the Times from reporting on or trying to obtain privileged Project Veritas materials until the Nov. 23 hearing.

The judge will also consider whether the newspaper must remove references to Barr’s memos from the Nov. 11 article.

The Times has said Wood’s order ran afoul of the U.S. Supreme Court’s 1971 decision rejecting the Nixon administration’s bid to halt publication of the Pentagon Papers, which described U.S. military involvement in Vietnam.