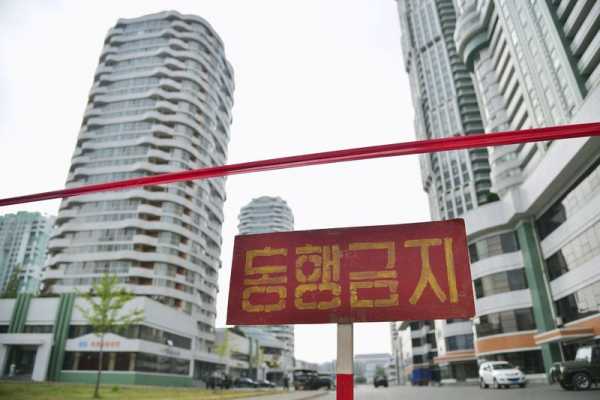 The COVID wave, declared on May 12, has fuelled concerns over a lack of vaccines, inadequate medical infrastructure and a potential food crisis in the country of 25 million. It has refused most outside help, kept its borders shut and allows no independent confirmation of official data.

Apparently lacking in testing supplies, North Korea has not confirmed the total number of people testing positive for the coronavirus. Instead, health authorities report the number with fever symptoms, making it difficult to assess the scale of the COVID wave, experts have said.

More than 186,090 additional people had fever symptoms and one more person had died, state news agency KCNA reported on Sunday. More than 2 million of the 2.6 million cumulative cases had recovered, KCNA said. The official death toll stands at 67.

“The current situation of the epidemic spread in the DPRK shows a positive trend away from a rapid growth in the beginning to a decline after being stably controlled and managed, registering daily increased number of recoveries across the country,” KCNA said, using the initials of North Korea’s official name.

Last year, North Korea said it had developed its own polymerase chain reaction (PCR) equipment to conduct coronavirus tests. KNCA reported the country is “hastening the development of new test reagent and antibody test reagent for early detection of the epidemic.”

Authorities have distributed food and medicine across the country, with military medics deployed to help distribute drugs and conduct exams.

More than one million health care workers, including medical students and teachers, had been mobilised to conduct health checkups “to thoroughly block and eradicate the source of spread,” the report added.

WHO expects more cases of monkeypox to emerge globally