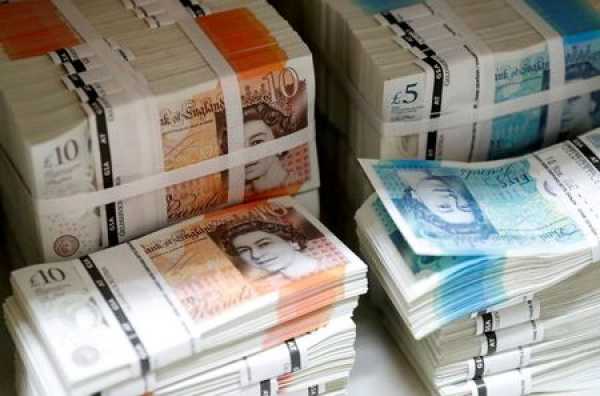 “FX investors have become more concerned about the inflation backdrop in the context of hawkish shifts by numerous central banks. This has, in turn, reduced risk appetite levels and the extent of upward pressure on sterling/dollar,” Stephen Gallo, head of European FX strategy at BMO Capital markets, said.

That meant “BoE hawkishness is unlikely to translate directly into pound appreciation versus the dollar in the current environment”, he added.

Some expect the BoE will raise rates by 15 basis points to 0.25% on Nov. 4, although a split vote is likely and some even reckon the bank may hold fire, contenting itself with a hawkish signal.

With economic growth under pressure post-Brexit, Britain’s bond yield curve has flattened more than euro zone or U.S. peers, with the gap between 2-year/5-year and 5-year/30-year yields narrowing to around 30 basis points.

Analysts at Nomura are among those who expect the BoE to wait until December before hiking, adding “it would be prudent for the bank to wait for the receipt of further information about the labour market”.

Adding to growth worries are the post-Brexit spat with the European Union over Northern Ireland trading arrangements and a fishing row with France. On Monday, Britain warned France to back down within 48 hours or face legal action.

UK ministers are also discussing the repercussions of triggering Article 16, which allows Britain to stop following some parts of the Northern Ireland Protocol under the Brexit agreement.