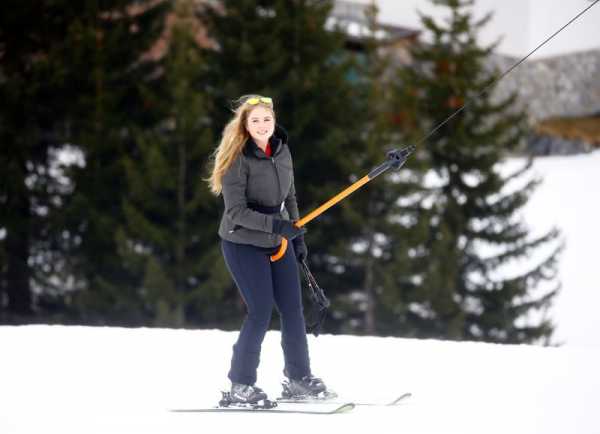 AMSTERDAM (Reuters) – The heir to the Dutch throne, Crown Princess Amalia, was expected to quietly celebrate her 18th birthday at home on Tuesday, in line with the country’s coronavirus lockdown rules and the tradition of the Netherlands’ low-key monarchy.

The occasion means that Amalia, the eldest daughter of King Willem-Alexander, is now in theory ready to succeed her father as head of state.

However Amalia, formally known as the Princess of Orange, said in an approved biography published last month that while she is committed to a life in service of her country, she is not quite ready to begin just yet and would ask for her mother Queen Maxima to act as for a time if for any reason Willem-Alexander had to step down soon.

No ceremony was planned to mark the occasion, although on Wednesday Amalia will be sworn in as a member of the country’s Council of State, a body that advises on constitutional matters.

The Ruling House of Orange, which remains popular and supported by a majority of the Dutch people, guards its privacy carefully outside of formal events.

Amalia is said to be an excellent student and has worked a part time job as a waitress while preparing for the throne.

The Netherlands is currently suffering its worst-yet wave of COVID-19 cases, putting extreme strain on the country’s medical system.

In a brief public statement, King Willem-Alexander said Beatrix, who has been vaccinated, has only mild symptoms and is doing “great.”

Princess Amalia has said she hopes to spend next year at an internship at a multinational company before beginning university studies, probably at Leiden.