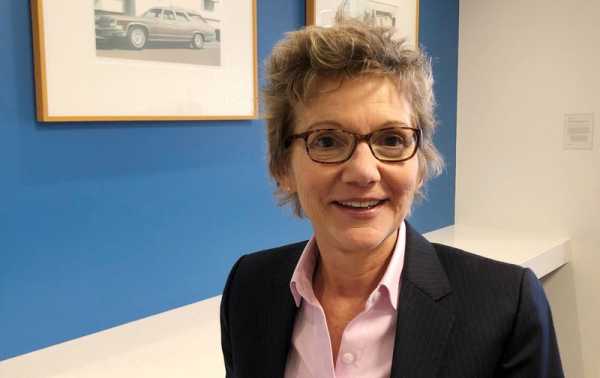 (Reuters) – San Francisco Federal Reserve President Mary Daly on Wednesday said she supports getting the U.S. central bank’s benchmark overnight interest rate up to about 2.5% by the end of the year, joining what is now a broad consensus at the Fed that it needs to ramp up its fight against 40-year-high inflation.

“Accounting for the risks of being too fast or too slow, I see an expeditious march to neutral by the end of the year as a prudent path,” Daly said in remarks prepared for delivery at the University of Nevada, Las Vegas, noting that most forecasters estimate a “neutral” policy rate to be around 2.5%.

“Once accommodation is removed, we need to evaluate the effects – observe how financial conditions adjust, how much inflation recedes, and what more remains to be done to ensure a sustained expansion,” Daly said.

The Fed began raising interest rates last month, and released forecasts that suggested policymakers generally supported a steady series of quarter-percentage-point increases through the end of the year.

Those forecasts have quickly become stale in the wake of hotter-than-expected inflation, which rose to 8.5% in March on an annual basis, and the threat of further upward price pressures resulting from Russia’s war in Ukraine along with COVID-19 lockdowns in China.

Daly’s new preferred policy path would require a couple of bigger-than-usual half-percentage-point rate hikes over the balance of the year. Chicago Fed President Charles Evans mapped out a similar rate hike path on Tuesday. Both are typically on the dovish wing of the Fed’s policy spectrum, so their embrace of a faster rate hike path underscores the central bank’s hawkish shift.

It’s a view that markets have already embraced, and then some, with prices of interest rate futures reflecting expectations for the federal funds rate to rise above the neutral level by the end of this year.

Noting the current uncertainty over the war in Europe and the pandemic, Daly cautioned against going too fast, calling for a “smooth and methodical approach to policy” that contrasts with the even sharper rate hike path that a couple of her colleagues have advocated.

But her acceptance of the need to get to the neutral rate by the end of the year suggests little resistance to an acceleration of Fed rate hikes ahead.