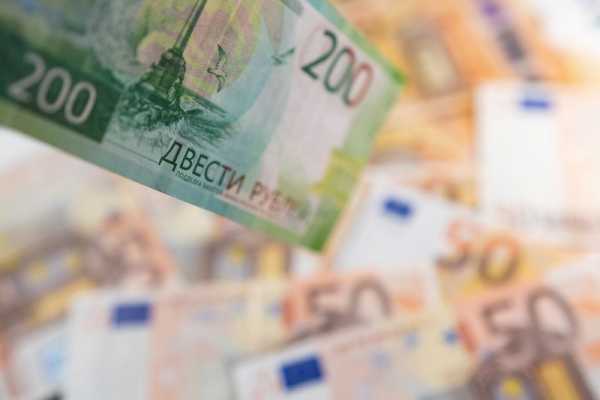 Russia is on the cusp of a unique kind of debt crisis which investors say would be a first time a major emerging market economy is pushed into a bond default by geopolitics, rather than empty coffers.

The NSD said it paid foreign currency in coupon payouts on Eurobonds maturing in 2026 and 2036, both of which were due on May 27.

Russia rushed forward two payments on its international debt last Friday in its latest attempt to stave off a default, just days before the U.S. decided not to extend a key waiver allowing transactions on Russian Eurobonds payments in foreign currency.

Russia has faced the prospect of sovereign default since Western capitals imposed sweeping sanctions in the wake of its decision to send tens of thousands of troops into Ukraine on Feb. 24. The country has been all but cut off from the global financial system and has seen roughly half of its $640 billion reserves abroad frozen.

But Russian officials have said the country had enough money to service its debt and that what other countries might consider a default would be a technical and orchestrated event.

Finance Minister Anton Siluanov said this week Russia will keep on paying its state Eurobond obligations in roubles if unable to pay in foreign currency, and will defend its role as a reliable borrower by all possible means.

Siluanov has said there would be no impact on the economy if the United States declares that Russia is in a technical default on its Eurobonds.

But analysts were more sceptical about the impact of a potential fallout on the Russian economy in the long term, as Russia’s deficit could expand very sharply due to its invasion of Ukraine, said Takahide Kiuchi, an economist at Nomura Research Institute.

“The Russian economy cannot stand without financing or money from abroad. So in this sense, no access to the global market could reduce the potential of growth of the Russian economy in the long term,” Kiuchi said.

Very important that Turkey’s issues with Finland’s NATO membership be resolved before ...