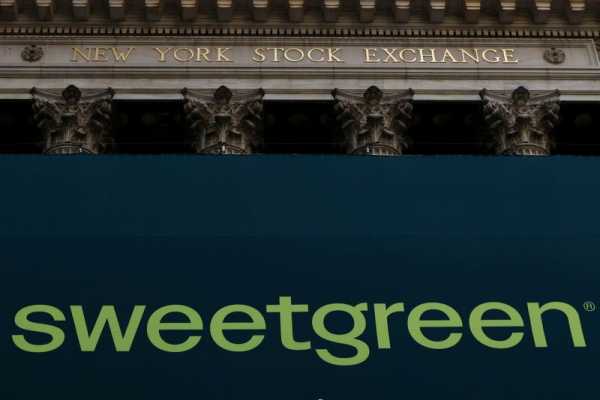 (Reuters) -Shares of Sweetgreen Inc surged 86% in their stock market debut after an upsized initial public offering, valuing the salad chain at $5.53 billion.

The Los Angeles, California-based company’s shares opened at $52, compared to the IPO price of $28 a share, which was well above its targeted price range of between $23 and $25.

The company, founded by three college graduates in 2007, operates 140 restaurants in 13 states in the United States. It offers “earth-friendly” meals made with seasonal, locally-sourced ingredients.

Goldman Sachs and J.P.Morgan were among the lead underwriters for Sweetgreen’s IPO.

(Reporting by Mehnaz Yasmin and Sohini Podder in Bengaluru; Editing by Sriraj Kalluvila)