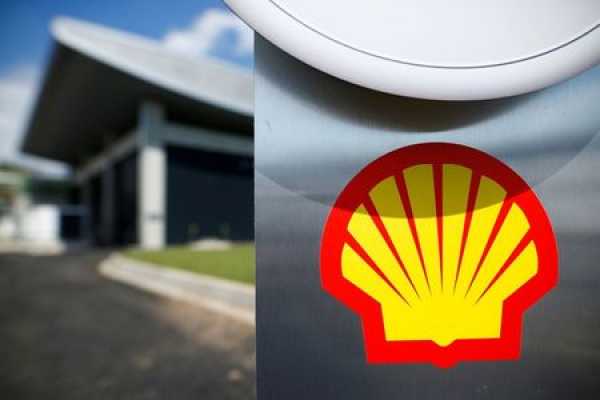 The oil major said it would cut absolute emissions from its operations and the electricity it uses, known as Scope 1 and 2 emissions, by half by 2030 compared with 2016.

Shell said in September it would distribute $7 billion to its shareholders from next year after a $9.5 billion deal to sell its U.S. Permian assets to ConocoPhillips closes.

Its third-quarter adjusted earnings came in below an average analyst forecast provided by the company for a $5.31 billion profit. Earnings were $5.53 billion in the previous quarter and $955 million a year ago.

Shell earlier this month flagged a $400 million hit to third-quarter earnings from the damage caused by August’s Hurricane Ida in the United States and a boost to cash flows from soaring natural gas and electricity prices.

Gas and power prices surged this autumn as tight gas supplies have collided with strong demand in economies recovering from the COVID-19 pandemic.

This helped Shell’s cashflow from operations in the quarter to rise by around 54% on the year to $16 billion, which in turn helped it to reduce net debt to $57.5 billion, compared with $65.7 billion in the previous quarter.

Shell’s oil and gas production dropped in the third quarter to 2.08 million barrels of oil equivalent per day (boepd) as a result of the COVID-19 pandemic and hurricanes that forced offshore platforms to shut down.

Oil production fell 4% from the second quarter to 1.49 million barrels per day, while gas output declined 17% to 3.39 million cubic feet per day.

The company guided for its liquefied natural gas (LNG) production to rise to 8-8.6 million tonnes in the fourth quarter.

Shell plans to invest around $20 billion this year, compared with previous guidance for spending to stay below $22 billion.

China Calls for Overhaul of Farm Subsidy Rules Under WTO