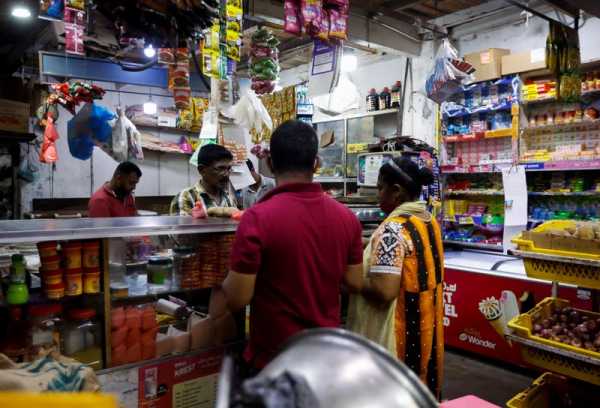 The consumer price index in May climbed to 45.3% from a year earlier, up from 33.8% the previous month, the statistic department said on Tuesday. It was the highest since at least 2015, according to Refinitiv data and First Capital Research.

A sharp drop in foreign exchange reserves has left the country of 22 million people struggling to pay for essential imports of food, fuel and medicine.

Food prices in May leapt 58% from a year earlier, up from 45.1% in April. Transport costs jumped 76.7%, up from 52.5% previously, after the government raised prices for petrol and diesel last month.

Inflation will remain at elevated levels for the rest of the year, with Sri Lanka’s central bank likely to increase rates at its policy review in July, an analyst said.

“I think we will see elevated supply side pressure in June as well, especially with higher transportation costs. But it shouldn’t be a sharp increase like this,” said Lakshini Fernando, macroeconomist at investment firm Asia Securities.

A nine-member delegation from the International Monetary Fund (IMF) arrived in Sri Lanka this week for talks on a bailout package.

The country is hoping to borrow about $3 billion from the IMF and reach a staff-level agreement with the lender by the end of the team’s visit on June 30.

Representatives from Lazard and Clifford Chance who have been appointed as Sri Lanka’s financial and legal advisers after the country suspended repayments on about $12 billion in foreign debt are also in the commercial capital Colombo.