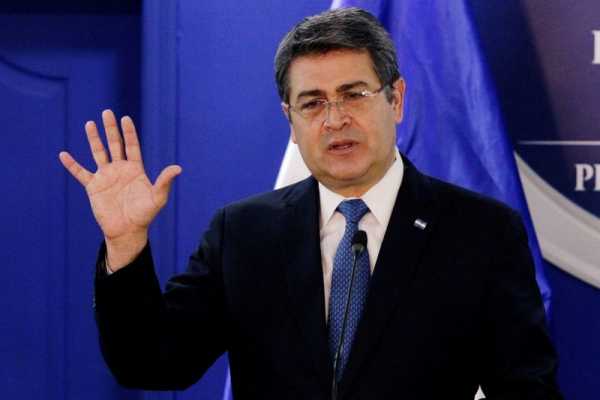 Honduras is one of just 15 countries that maintain formal diplomatic ties with Taiwan, which China claims as its territory with no right to state-to-state relations.

Taiwan’s foreign ministry said in a statement that it welcomed Hernandez’s visit, which was first announced by the Central American country’s presidential palace.

The delegation, which includes Honduran foreign and economic ministers, will visit Taiwan from Friday to Sunday at the invitation of Taiwan’s government, the island’s foreign ministry said.

Honduras is set to hold a presidential election https://www.reuters.com/world/americas/honduran-opposition-unites-behind-candidate-president-major-shift-2021-10-13 on November 28 and its main opposition party has said it will establish diplomatic relations with China if it wins.

Taiwan, which says it is an independent country, accused China in September of seeking to use the Honduran election to “create controversy” and undermine Taiwan’s long-standing ties with the country.

Taiwan’s foreign ministry, which had previously warned Honduras not to be drawn in by China’s “flashy and false” promises, said Hernandez’s visit would help deepen ties between the two countries as they celebrate their 80-year friendship this year.

China and Taiwan have for years traded accusations of “dollar diplomacy” as they seek support around the world, offering aid packages in return for diplomatic recognition.

China’s efforts to win over Taiwan’s remaining allies have alarmed Washington, which has been especially concerned about Beijing’s growing influence in Central America and the Caribbean.

El Salvador, in 2018, is the most recent country in the region to ditch Taipei in favour of Beijing.

Dollar hits 16-month high as inflation fears put it on track for ...