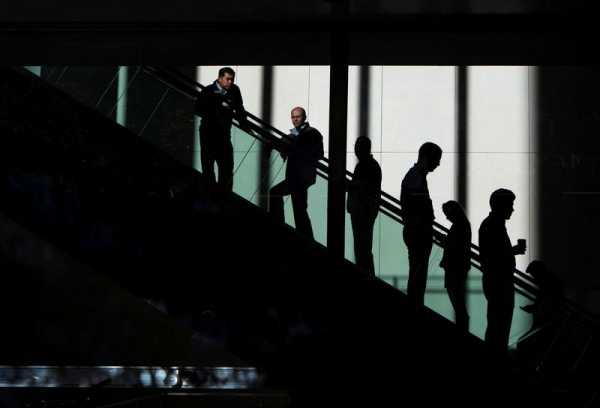 Here’s your look at the week ahead in markets from Karin Strohecker, Sujata Rao and Dhara Ranasinghe in London, Ira Iosebashvili in New York and Tom Westbrook in Singapore.

1/ HALF THE PICTURESix months studded with rate rises, market turmoil and a war that fuelled runaway inflation are giving way to another half-year featuring … more of the same.

Still, H2 may contain turning points, above all, peak inflation, which may be nearer than thought as economic growth slows and oil prices fall.

But that also hinges on company profits. Double digit U.S. and European earnings growth is still projected for 2022.

Finally, watch Japan and Turkey, central bank doves in a forest of hawks. The latter is at risk of triggering a serious crisis.

2/ HEAD FOR THE MOUNTAINS

The Fed has Jackson Hole, but the ECB has Sintra, its very own central bank forum in the foothills of Portugal’s Sintra Mountains.

The three-day shindig, starting Monday, will be especially interesting, given the biggest inflation surge in decades and worries of an imminent global economic recession.

So, listen even more closely than usual to what ECB chief Christine Lagarde, Fed Chair Jerome Powell and Bank of England Governor Andrew Bailey say at the forum. ECB comments will also be scoured for any insight on a planned anti-fragmentation tool.

Separately, Friday, July 1, will bring latest euro area inflation readings, which in turn could determine whether the ECB will deliver bigger interest rate hikes after a quarter-point move flagged for July. 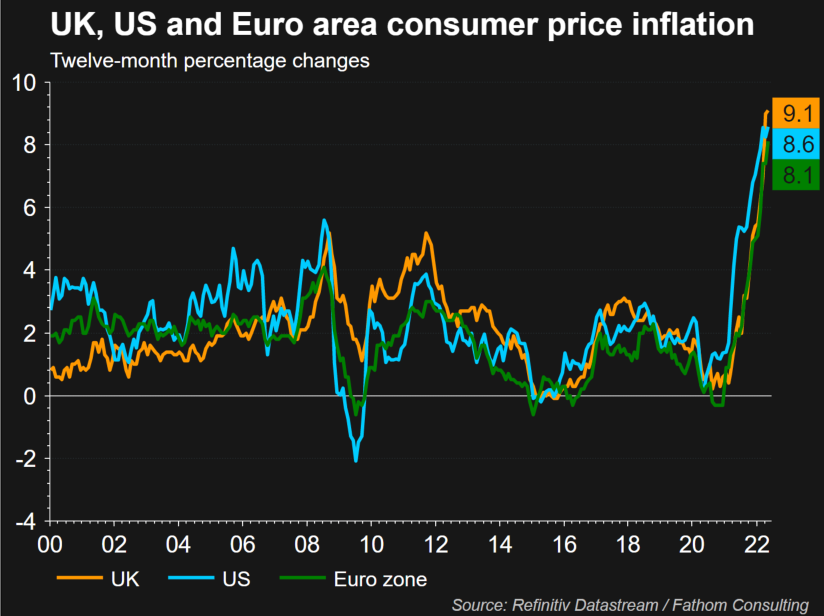 Four months into the war, tensions between Moscow and the West are ratcheting up again. EU leaders formally accepted Ukraine as a candidate to join the bloc, a bold geopolitical move triggered by Russia’s invasion of Ukraine.

Meanwhile, Russian gas flows to Europe via Ukraine and the Nord Stream 1 pipeline have fallen, after the invasion and Europe’s moves to impose sanctions on Moscow. A dozen EU countries are affected and Germany has triggered the “alarm stage” of its emergency gas plan.

Adding to concerns is a standoff over the Russian enclave of Kaliningrad, sparking fresh warnings from Moscow towards Baltic EU member states.

And Russia could slip into sovereign default territory as the grace period for an interest payment on its international bonds runs out, possibly heralding the country’s biggest external default in more than a century. 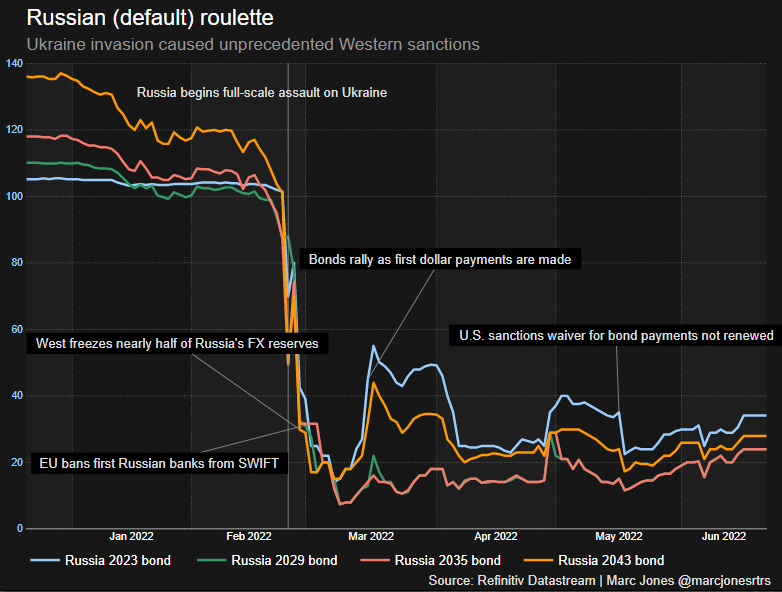 Fed chief Powell says the central bank is not trying to engineer a recession but is committed to containing price pressures even at the risk of a downturn.

A raft of upcoming data should show how the U.S. economy is responding to an aggressive Fed, which has delivered 150 basis points worth of tightening this year, including this month’s 75 bps move.

Highlights include Tuesday’s June consumer confidence index, which analysts polled by Reuters expect to fall to 100 from 106.4 in May.

Monday’s pending home sales and Tuesday’s Case-Shiller home price index should show how much rising mortgage rates are biting, while the May personal consumption expenditures price index – an inflation indicator watched by the Fed – is due on Thursday. 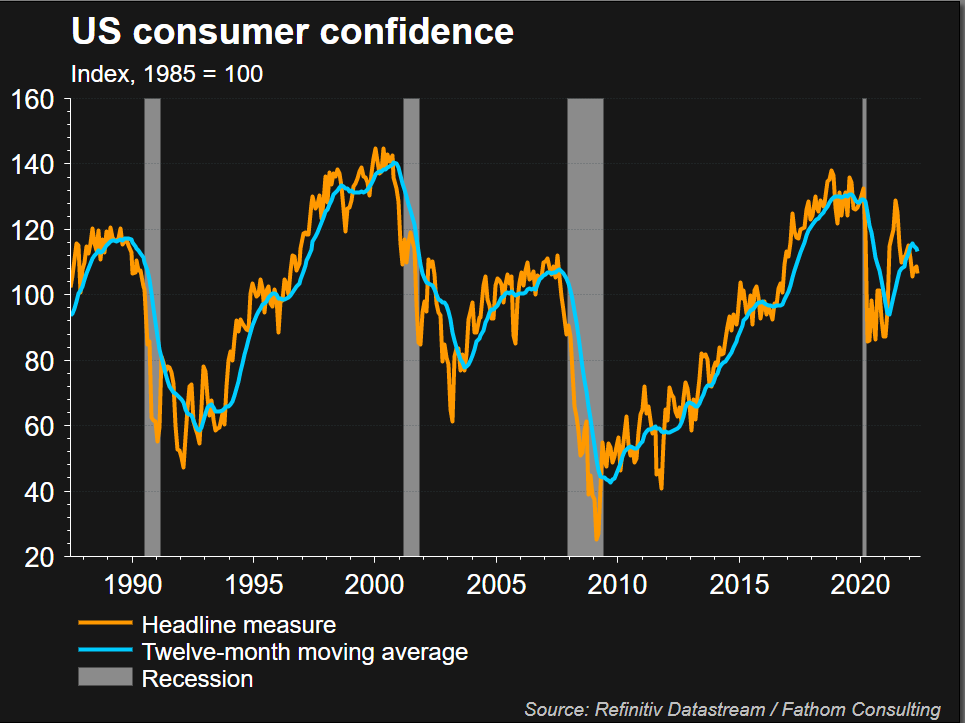 Zero COVID lockdowns and a slowing global economy are knocking the wind out of commodities, pushing the growth-bellwether copper price almost 10% lower in two weeks in Shanghai.

Iron ore too is on the skids and the red-dust miners in Australia have given up the year’s gains, dragging on the benchmark stock index there.

That gloom might take some piercing. But lockdowns have eased and if the data shows economic momentum carrying output into growth territory, it would be a welcome signal for the economy and for those who see Chinese stocks as a haven from the stagflation fears gripping the West.

UK’s Johnson spoke to finance minister, not worried about resignations-source