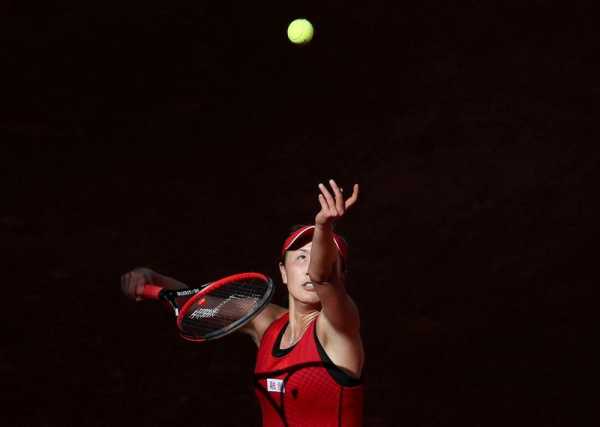 (Reuters) -The Women’s Tennis Association (WTA) said on Wednesday it has decided to suspend tournaments in China due to concerns over the safety of former doubles world number one Peng Shuai.

“I don’t see how I can ask our athletes to compete there when Peng Shuai is not allowed to communicate freely and has seemingly been pressured to contradict her allegation of sexual assault,” WTA Chief Executive Steve Simon said in a statement.

“Given the current state of affairs, I am also greatly concerned about the risks that all of our players and staff could face if we were to hold events in China in 2022.”

The whereabouts of Peng became a matter of international concern for nearly three weeks after she posted a message on social media alleging that China’s former Vice-Premier Zhang Gaoli had sexually assaulted her.

On Nov. 21, IOC President Thomas Bach had a 30-minute video call with Peng — a three-times Olympian who supporters say may be under political duress — during which she told him she was safe and with family and friends.

But Simon, who said the decision to suspend tournaments in China had the full support of the WTA Board of Directors, is not convinced all is well with Peng.

“While we now know where Peng is, I have serious doubts that she is free, safe, and not subject to censorship, coercion, and intimidation,” said Simon.

“The WTA has been clear on what is needed here, and we repeat our call for a full and transparent investigation – without censorship – into Peng Shuai’s sexual assault accusation.”

(Reporting by Frank Pingue in TorontoEditing by Toby Davis)

Explainer-Does Omicron pose higher risks for infants than other variants?