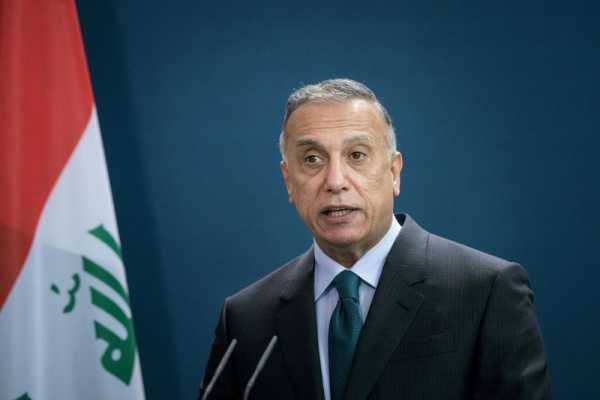 – He became prime minister in May 2020, some six months after predecessor Adel Abdul Mahdi was forced to resign following mass protests against the government. Kadhimi’s previous role was head of intelligence from 2016, playing a central role in the U.S.-backed campaign against Islamic State.

– He became premier with support from both the United States and its arch-foe Iran, which both have sway in Iraq. While he was widely seen to have friendly U.S. ties, Kadhimi has sought to balance Iraq’s relations between Tehran and Washington.

– Tensions with Iran-backed Iraqi paramilitary groups have been a defining feature of his term. Some of these groups had deep misgivings about his appointment, harbouring suspicion towards him because of his good relations with Washington. An official in one of the groups likened Kadhimi’s accession to “being forced to…eat a carcass”, Reuters reported after his appointment.

– On Kadhimi’s watch, Iraqi security forces sought to rein in the Iran-backed groups which U.S. officials accuse of firing rockets at bases hosting U.S. personnel. But little was achieved on this front, and on the rare occasions Iraqi security forces detained members of these groups, they were soon released.

– Kadhimi’s first trip abroad was to Iran but, reflecting his balancing act, he has also been to the White House twice and visited both Saudi Arabia and the United Arab Emirates as part of efforts to improve Iraqi relations with Gulf states that compete with Iran for influence across the Middle East.

– Kadhimi sealed an agreement in July to formally end the U.S. combat mission in Iraq by the end of 2021 during a meeting with President Joe Biden at the White House. Under the agreement, U.S. forces will stay in Iraq in an advisory role.

– Kadhimi has sought to dampen tensions between Saudi Arabia and Iran. In August, he hosted a Baghdad meeting that brought together officials from both states.

– While Kadhimi has sought to rein in the Iran-backed militias, the Iraqi government was critical of U.S. air strikes on Iran-backed fighters at the Iraqi-Syria border in July, calling the attack a violation of Iraqi sovereignty.

– He has been leading the government in a caretaker capacity since parliamentary elections last month.

– Kadhimi is a former journalist who wrote articles against Iraqi dictator Saddam Hussein from exile. He returned to Iraq after the U.S.-led invasion in 2003 that overthrew Saddam.

Fed’s Randal Quarles to resign at end of December