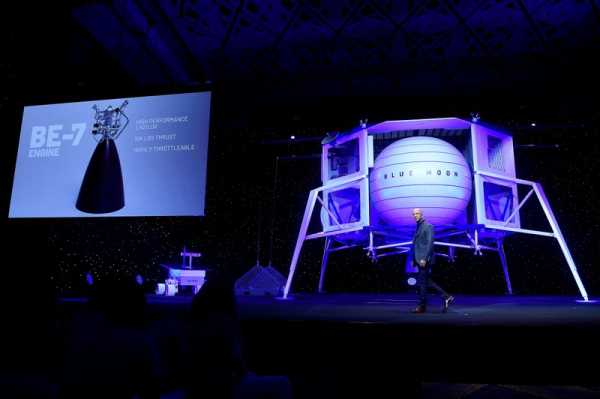 Judge Richard Hertling of the U.S. Court of Federal Claims in Washington granted the government’s motion to dismiss the suit filed on Aug. 16. The judge’s opinion explaining his reasoning was sealed, as were many other documents in the case, pending a meeting of the parties later this month on proposed redactions.

Blue Origin, created by Amazon.com Inc founder Bezos, has said its lawsuit was “an attempt to remedy the flaws in the acquisition process found in NASA’s Human Landing System.”

Responding to the judge’s decision, a Blue Origin spokesperson said the issues the company raised in the lawsuit still must be addressed, and cited its other ongoing work with the U.S. space agency.

“We are fully engaged with NASA to mature sustainable lander designs, conduct a wide variety of technology risk reductions, and provide Commercial Lunar Payload Services,” the spokesman said in a statement.

Blue Origin did not immediately respond to a question on whether it would appeal the ruling.

A few days after the suit was filed, NASA halted work on the lunar lander contract through Nov. 1. NASA said the pause was part of an agreement among the parties to expedite the litigation schedule, which culminated in Thursday’s ruling.

The U.S. Government Accountability Office (GAO) in July sided with the NASA over its decision to pick a single lunar lander provider, rejecting Blue Origin’s protest.

Although the Blue Origin complaint was directed at the U.S. government, SpaceX, headed by Tesla Inc’s CEO Musk, joined the proceedings as an intervener defendant shortly after the suit was filed.

NASA had sought proposals for a spacecraft that would carry astronauts to the lunar surface under its Artemis program to return humans to the moon for the first time since 1972.

(Reporting by Peter Szekely in New York; Editing by Will Dunham)