Home›News›U.S. Regulators Say Issuers of ‘stablecoins’ Should be Policed Like Banks
News

U.S. Regulators Say Issuers of ‘stablecoins’ Should be Policed Like Banks 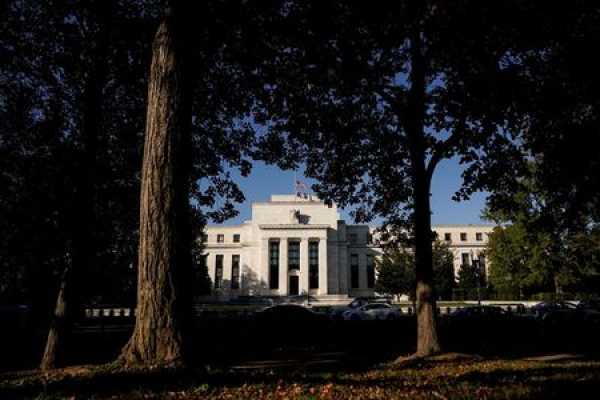 “The rapid growth of stablecoins increases the urgency of this work,” the report stated. “Failure to act risks growth of payment stablecoins without adequate protection for users, the financial system, and the broader economy.”

While stablecoins are primarily used to facilitate trading in other cryptocurrencies, they could become widely used by households and businesses to make payments, the report said.

Currently, though, stablecoins have a wide range of policies governing disclosures, what assets are held in reserve to back the coins, and around redemption rights, all of which could make them susceptible to runs if users lose confidence in the asset.

“Runs could spread contagiously from one stablecoin to another, or to other types of financial institutions that are believed to have a similar risk profile. Risks to the broader financial system could rapidly increase as well, especially in the absence of prudential standards,” the report warned.

Chief among the report’s recommendations is for Congress to “urgently” pass a law that would regulate stablecoin issuers akin to insured depository institutions, subjecting them to strict supervision by banking regulators while also providing some form of government backstop in the event of crises.

The President’s Working Group (PWG) has been researching stablecoins, in consultation with the financial industry, academics and advocacy groups, for the past few months after Treasury Secretary Janet Yellen said policymakers must move quickly to build a regulatory regime for the asset class.

The PWG traditionally includes the Treasury, Federal Reserve, Securities and Exchange Commission (SEC) and the Commodity Futures Trading Commission (CFTC), but the Federal Deposit Insurance Corporation (FDIC) and the Office of the Comptroller of the Currency are also involved in the stablecoin work.

The report said Congress should also require stricter oversight of stablecoin wallet providers which hold the digital currency on behalf of customers.

That conclusion is likely to disappoint advocates of stronger oversight, since it can take years for Congress to pass such laws.

“I’m very concerned that they conclude legislation is absolutely necessary to address stablecoins’ risks. The SEC and FDIC currently have regulatory authority to address many of the problematic aspects of these cryptocurrencies,” said Todd Phillips, director of financial regulation for the Center for American Progress, a liberal think tank.

Democratic U.S. Senator Sherrod Brown, who chairs the Senate Banking Committee, praised the report in a statement and said he planned to work with Yellen on a path forward.

But Senator Pat Toomey, the senior Republican on that panel, emphasized in a statement that Congress should not stifle digital currencies, and questioned whether federal regulators should have jurisdiction over stablecoins. The Senate is currently evenly split between Republicans and Democrats.

If Congress fails to act, the Financial Stability Oversight Council, a body of U.S. regulators created following the 2007-2009 financial crisis, could designate some stablecoin activities – most notably payment, clearing and settlement – as a systemic risk, which would subject them to stricter oversight.

Monday’s report also affirmed that both the SEC and the CFTC have jurisdiction to police stablecoin activity as securities or derivatives, respectively.

SEC Chair Gary Gensler said in a statement that those agencies plan to “deploy the full protections” of relevant laws to stablecoins while Congress considers legislation.