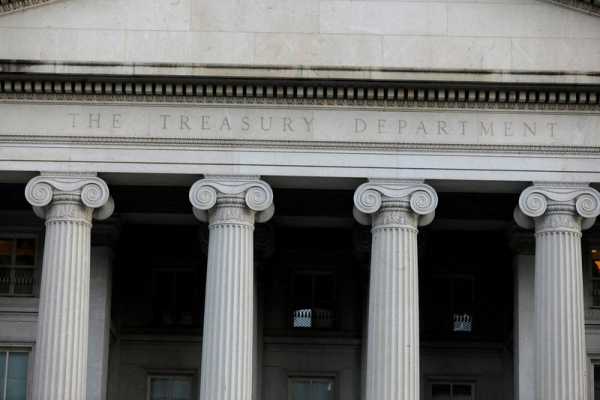 (Reuters) – The U.S. government posted a $308 billion surplus in April — a record for any month — as receipts nearly doubled from a year earlier amid a strong economic recovery from the COVID-19 pandemic, the Treasury Department said on Wednesday.

The April surplus compares to a $226 billion deficit for April 2021, when receipts were reduced by a one-month delay in the annual tax filing deadline until May 17.

The previous record monthly surplus was $214 billion in April 2018. April has traditionally been a budget surplus month due to the traditional April 15 tax filing deadline, but recent April deficits were recorded in 2009, 2010 and 2011 after a financial crisis, and in 2020 and 2021 due to the COVID-19 pandemic, a Treasury official told reporters.

April receipts rose 97% from a year earlier to $864 billion, also a record for any month, the Treasury said. April outlays fell 16% to $555 billion, reflecting lower spending for COVID-19 relief.