Home›News›Ukraine must decide its own future, says Poland’s president
News

Ukraine must decide its own future, says Poland’s president 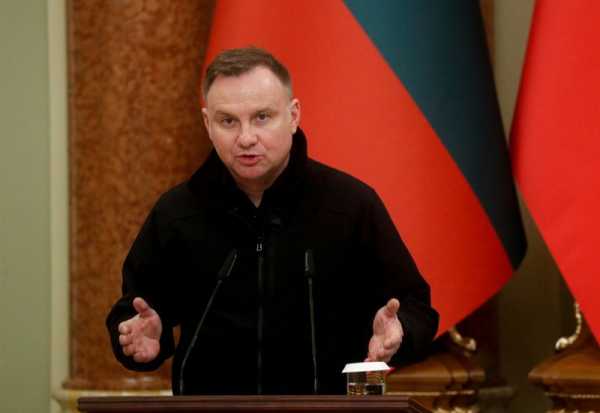 KYIV (Reuters) – Only Ukraine has the right to decide its future, the Polish president told lawmakers in Kyiv on Sunday, as he became the first foreign leader to give a speech in person to the Ukrainian parliament since Russia’s Feb. 24 invasion.

“Worrying voices have appeared, saying that Ukraine should give in to Putin’s demands,” Andrzej Duda said. “Only Ukraine has the right to decide about its future… nothing about you without you.”

In Japan, Biden to launch economic plan for region sceptical on benefits