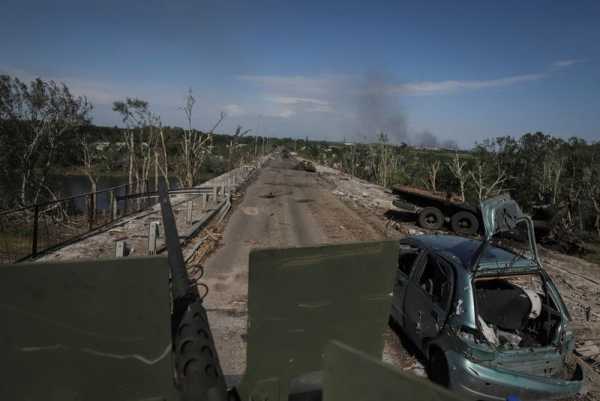 KYIV (Reuters) – Ukrainian troops repelled a Russian attack on the southern outskirts of Lysychansk, the last fully Ukrainian-controlled city in the region of Luhansk, the area’s governor said on Friday.

Serhiy Gaidai wrote on the Telegram messaging app that Russia had, however, taken control of the village of Mykolaivka, located near a key highway to Lysychansk, which has been the focus of heavy fighting.

Fighting continues, he added, in the battleground twin city of Sievierodonetsk, where Russia has advanced slowly over several weeks.